Home >> Books  >> From bestsellers to blockbusters: 7 classics and their adaptations

From bestsellers to blockbusters: 7 classics and their adaptations

A movie adaptation is like a door that opens two ways. For those who enjoy movies more than books, this door opens up a world where literature crosses paths with visuals, music, and action. And those who prefer poring over a book nonetheless, a movie adaptation brings to life their beloved characters, walking and talking.

We’ve seen many books depicted on the silver screen, where the characters come to life. From fantasy novels like Harry Potter to classics such as Pride and Prejudice, countless books have been adapted into movies. Some more than once. In this feature, Soulveda lists seven classics and their adaptations that were welcomed by both movie buffs and booklovers.

Lord of the Flies, by William Golding

This Nobel-prize winning novel Lord of the Flies by William Golding has two notable film adaptations. First in 1963, and again in 1990—both movies narrate the story of schoolboys stranded on a desert tropical island, in the midst of a raging war. Exploring the dark side of human nature and mirroring the corrupt society we live in, Golding, through the boys’ descent into brutality and violence, displays the fundamentally savage nature of humanity.

With every experience unfolding on the island, the boys display a different aspect of human nature and the society that is threatened with anarchy when left with no supervision and laws. In the end, when the little boys are rescued, their condition and circumstances force the rescuers to relook at their war, and how it turned innocent children into monsters.

While the movies received mixed reviews, they didn’t get the cult status of the novel. Read the book or watch the movie to view a world that speaks of an apocalypse, a political satire, a parable, and a parody all in one.

Pride and Prejudice, by Jane Austen

First published in 1813, this 19th-century romantic novel has since been adapted into movies, TV-series, and plays more than three dozen times.

With the mix of bitter and comical commentary on the society and its treatment of women, Austen uses its main protagonists to first oppose, argue, and then reconcile with each other. And with their reconciliation, she offers a solution to a much bigger societal problem.

With each new adaptation, the dialectical thrust of the story is brought to surface in Austen’s most popular work of fiction. Read the book to get a glimpse into the 19th-century everyday life woven around a love story.

The Lord of the Rings, by JRR Tolkien

An epic high-fantasy novel, first published in 1954, Lord of the Rings by JRR Tolkien has been adapted numerous times. The most popular one is Peter Jackson’s The Lord of the Rings trilogy that won 17 Oscars. This trilogy is a sequel to Tolkien’s The Hobbit but holds its ground firmly even for those who are unaware of the previous tale.

Influenced by the evils of the First World War and the ill-effects of the industrialisation in England, Tolkien has used greed and tyranny to build the foundation of his epic-fantasy novel.

The Lord of the Rings adaptation has both been appreciated for its grandeur in visuals and criticised for the many changes made to the original characters and scene delineation. The audiences may be divided, but Tolkien’s story has left an indelible mark on the minds of the readers and the movie-goers alike. 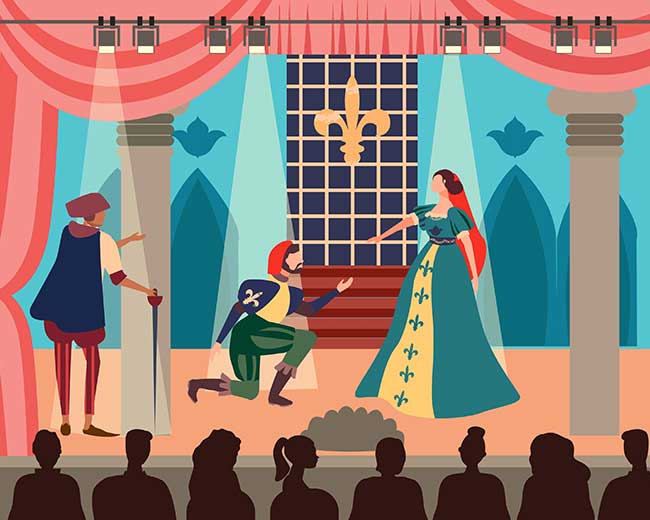 Most on-screen versions of The Iliad have turned the epic into a story on romance, decadence, or war—not doing justice to the original work.

The Iliad, by Homer

An epic poem dating back to 762 BC, The Iliad talks about the Trojan war and the siege of the city of Troy. It has adapted, although loosely, into movies such as Helen of Troy (1956), Helen of Troy (2003), and Troy (2004). Yet, to date, no film has ever been able to adapt Homer’s The Iliad accurately and completely.

Most on-screen versions of The Iliad have turned the epic into a story on romance, decadence, or war—not doing justice to the original work. While the readership of the epic poem may have limited to literature students, the adaptations have indeed kept the legacy of Homer alive.

Ever since the debut of the first Harry Potter novel in 1997, this fantasy novel series has been a big hit with audiences around the world. With its eight adaptations bringing the world of magic to our doorsteps, the Harry Potter franchise is one of the most loved and popular adaptions in the history of cinema. Just like the books, the movies and its wide range of characters have made a special place in the hearts of people from all walks of life.

It doesn’t happen quite often that a book and its adaptation do equally well on the big screen. Here, eight Harry Potter novels and movies have broken all records, with millions of books sold worldwide and billions of dollars collected at the box-office.

The Comedy of Errors, by William Shakespeare

William Shakespeare’s The Comedy of Errors, a slapstick comedy rooting from the natural sequence of humour from mistaken identity has been adapted into plays, operas, and movies. One amongst them is Angoor, a 1982 Indian classic. The Indian cinema has seven more movies based on Bard’s play, made in several regional languages. The common factors amongst all adaptations are the themes of love and relationship like most Shakespearen plays. In West, Big Business (1988) was made based on The Comedy of Errors but with female protagonists.

The Canterbury Tales, by Geoffrey Chaucer

The Canterbury Tales is a collection of 24 stories written in Middle English by Geoffrey Chaucer between 1387 and 1400. Narrating the story of pilgrims travelling in a world rife with plague, The Canterbury Tales has since been adapted in many forms, from operas to TV series and movies. Each adaptation has used the same ‘frame narrative’ format of the original work.

All adaptations, some loose while others following the script to the ‘t’ revolve around different stories told by the travellers; the most popular being that of a young squire who meets Chaucer and enlists his help in becoming a full-fledged knight, the basis of the 2001 movie, A Knight’s Tale.

Why you should read aloud to...

Reading a book is like unlocking a door to a new world. When you read, you step into the shoes of the characters, witness their...Read More

We all know a nutritious diet keeps the body healthy and sound. But what about the mind? Just like exercise, meditation, and a good night’s...Read More

5 reasons why you should read...

Many have grown up on a healthy diet of literary classics that would keep us engrossed right from the start. From To Kill a Mocking...Read More