> Conversations > Finding life in the love for food: The story of the gutless foodie

Finding life in the love for food: The story of the gutless foodie

In an exclusive interview, Natasha Diddee shares her inspiring story of not only surviving a debilitating health condition, but becoming a celebrated chef and author. 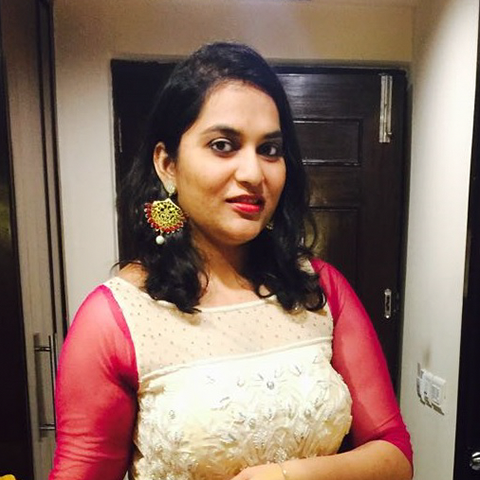 The perfect oxymoron, Gargi loves to travel and meet new people. Spending most of her time with thriller and suspense novels, she has developed keen admiration for psychology—to understand the minds of other people. Her passion for reading comes from her desire to learn more and connect with her inner-self. Gargi also believes that stories can connect people more intimately and make them more compassionate. This belief is her motivation to pursue writing.

Life is not easy. Every now and then, it tests our resilience and determination to move forward. In such times, hope is what makes us keep going; hope that hard work will pay off and bad days will turn into good. For the 46-year-old chef, Natasha Diddee, this hope was her last resort.

Imagine living life without a stomach. It seems impossible, doesn’t it? Diddee, popularly known as the @thegutlessfoodie, lost her entire stomach to two perforated ulcers and a huge tumour in 2012. In an exclusive interview with Soulveda, Diddee shares her inspiring story and her resolve to not just exist but to live her life to the fullest.

It is difficult to imagine living without a stomach. Yet, not only you survived the procedure but are thriving in life as well. Take us through your journey of being diagnosed with such a dangerous condition.

I had been suffering from shoulder pain for a very long time. The pain was so terrible, I had to undergo two shoulder reconstruction surgeries. Even after that, the pain didn’t seem to reduce. For almost 6 years, I was misdiagnosed by multiple doctors.

At one time, Dr. Bhallerao visited me since he was interested in my case. Just by looking at my posture, he diagnosed that I had stomach ulcers. It was surprising for me and my family since we had done ultrasounds but nothing had shown up in the report. The doctor insisted on a laparoscopic test.

A tumour the size of my stomach was found. The tumour had taken the shape of the stomach, which made it undetectable in the scans. But now it was too big and the stomach had to be removed. Although the procedure was unheard of back then, my parents and my husband decided to go ahead with the surgery. The stomach was removed and the food pipe was connected to the intestines from where the food could be processed to get nutrients. The surgery was successful and after so many years, I was finally pain-free. But now, I had a different challenge—what to eat now?

Coping with this new reality, post-surgery must have been a difficult time for you. What motivated you to keep moving forward?

After the surgery, I was under a rigid and monitored diet. I ate astro-food (food meant for astronauts in space) for the time I was at the hospital. Slowly, I shifted to a high protein diet—life was becoming normal once again. But even after 8 years of the operation, there were days when I felt low and dejected. Especially, when I missed my shots or check-ups.

If there was anything that empowered me the most in those days, it was my love for cooking.

Over time, a lot of people told me about their family members who underwent the same surgery but couldn’t make it. This reality brought a perspective shift that was missing in my life. I started counting my blessings and began to keep a positive attitude. But if there was anything that empowered me the most in those days, it was my love for cooking. It was therapeutic for me.

Was there someone or something that inspired you the most in your difficult time?

I drew inspiration from wherever I could. Sometimes, there were creative people in my circle who encouraged me to do something with my life. Other times, it was my perception and understanding of life that nudged me to remain positive and hopeful.

After the surgery, I had accepted that what happened has happened. Nothing can change that. The only thing I can change is how I react to it. If I do nothing and sulk, I am going to waste the second chance at life as well. I chose to live rather than to exist. I guess that is what ensured that I do not give up.

As a teenager, you were into the performing arts. How did cooking become your vocation?

When I was young, our school hosted a play in which I had played the lead. For that performance, I received praise from all corners. It was then I had decided to become an actor. But when I told my mother that I wished to pursue acting, she urged me to follow a profession that is more stable and secure. Since I was a foodie from my childhood days, my mother suggested a career in catering.

When I first entered college, I realised that I have a liking for the culinary world. Although I took vocational training in cooking, it wasn’t until after the operation that my love for cooking grew stronger.

Other than being a chef, was there any other dream you wanted to pursue?

I had a story in me that I always wanted to tell. And what better way to do that than writing a book? When I announced that I was releasing a book, everyone simply assumed that it’s on cooking. This is something of a stereotype. But no one was ready to publish my book, so I had to self-publish it. After that, publishers approached me to write on how to deal with stress—since stress was the reason for my tumour. But I believe there is no one remedy to address all psychological issues. Everyone has their way to deal with stress and they have to find their path with experience.

What is your message to people looking for hope and inspiration in life?

Don’t dwell in the past. It will ruin your today. And don’t let others define you or judge you for who you are. Live life on your terms, create your own rules. Once you start living life for yourself, you will see how beautiful it is. Remember, inspiration alone will not take you too far if you don’t work hard every day. As long as you work on your inspiration, you are good. I was inspired to write, so I wrote and published. Likewise, act on your inspiration and the rest will follow.