A gushing river with its steady flow of fresh water is a thing of beauty. Simply watching it flow can be a calming experience. Rivers don’t just add a picturesque quality to a landscape, but with an entire ecosystem within them, they also sustain various life forms, including humans. Fertilising the land they flow across, they facilitate agriculture. Providing us a means of transportation, they encourage trade. In fact, in the 21st century, rivers are also a source of energy that help generate electricity. Clearly, rivers are a prerequisite to sustenance of mankind and civilisations. No wonder, since ancient times, several civilisations developed in and around river beds, such as the Nile and the Indus.

British poet WH Auden once noted, “Thousands have lived without love, not one without water.” Despite receiving so much from them, we take these water bodies for granted, as we often do with other natural resources. To put things into perspective, 80 percent of the world’s wastewater is dumped back in the rivers, lakes, and oceans.

We seldom feel guilty while polluting rivers or disrupting their flow by constructing dams. But, teeming with aquatic flora and fauna, rivers, in that sense, are very much alive. And they do suffer because of human neglect. In fact, rivers die a gruesome death when they are unable to sustain life forms such as fish and aquatic plants in them. Oxygen levels in their waters get depleted, the acidity of their waters increases, thereby killing their flora and fauna.

A river can die for a variety of reasons, but like a phoenix, it can come alive once again. Even when a river is extremely polluted or has dried up, it can be brought back to life.

Here’s a list of such rivers that were revived through restoration projects.

Cheonggyecheon river is a creek that now flows west to east through downtown Seoul, South Korea’s capital city. It meets the Han River before emptying into the Yellow Sea. However, during the late 1950s, the then-polluted river was covered up by concrete. In fact, a highway was built in the river’s path, burying the dead river for good. 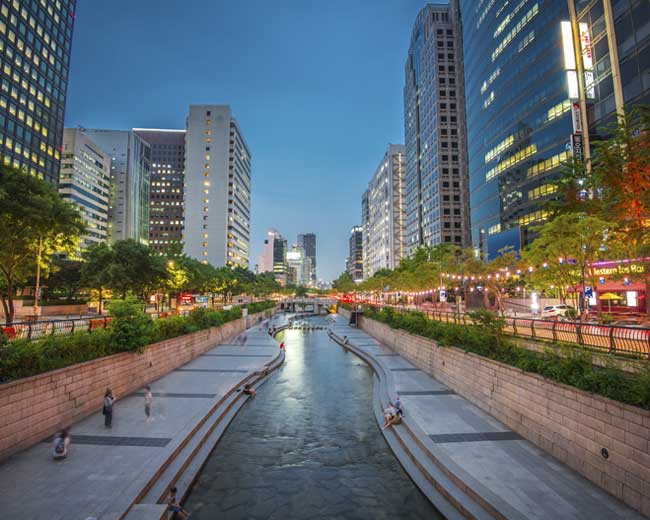 Decades later, in 2003, the then mayor of Seoul, Lee Myung-bak proposed Cheonggyecheon be restored. This project aimed to integrate the well-developed concrete jungle of Seoul with nature. And so, the highway was once again demolished. In its place, an artificial stream was constructed, dotted with linear parks. Around 120,000 tonnes of water were pumped into this stream from the Han River and its tributaries to revive it. And today, despite being an ‘artificial’ river, Cheonggyecheon provides visitors and residents with ecological benefits. It cools the areas near the river, and even provides habitat for fishes, birds and insects.

Varattar, a tributary of the Pamba river, used to be an important river of southern Kerala. In its glory days, this river sustained hundreds of households. But, illegal sand mining and land encroachment killed Varattar some decades ago. The dead river was further encroached upon by short-sighted real-estate developments. 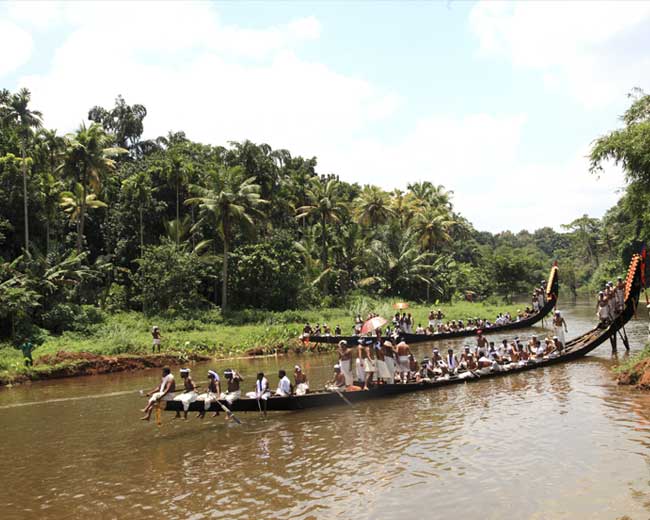 In a campaign called ‘Varatte aar’ which means ‘let the river flow’ in Malayalam, the people of Kerala decided to revive the Varattar river. Pooling together resources and manpower, several unlawful man-made structures that were built along the river’s path were cleared. Illegal sand mining was also banned. Interestingly, once the path of the river was cleared, and with the onset of the monsoon rains, the river started flowing through its forgotten path once again.

The river ecosystem is a fragile one. It thrives on a delicate balance between its flora and fauna. So, anything which affects this balance could potentially affect the river for the worse. For instance, since ancient times, the Penobscot river has always been home to a fish breed called the Atlantic salmon. But with the construction of the Milford dam, West Enfield dam and Weldom dam, the salmons lost their habitat for spawning. Furthermore, when the riverbed was affected by timber harvesting activities, protective pools for spawning of these fishes were destroyed. So, not only did the health of Penobscot river deteriorate (their water flow was disrupted by dams), salmons too got enlisted on the endangered species. 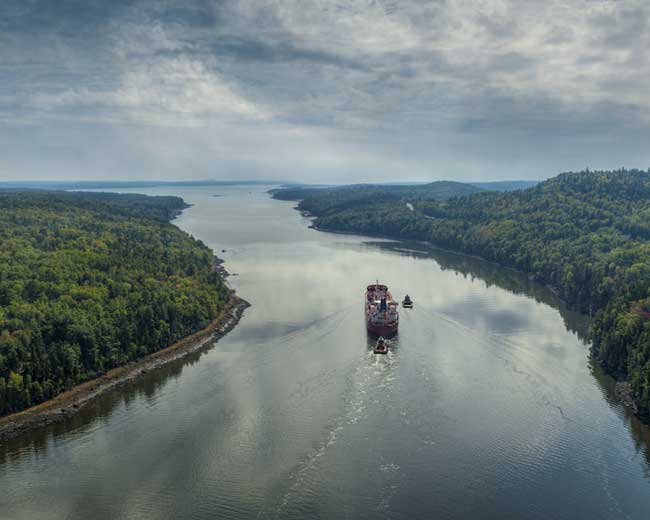 The Penobscot Project was hence aimed to restore the population of Atlantic salmons without affecting the hydroelectric power generation. As one of the most innovative river restoration projects, up to 2,000 miles of the river was opened. Two dams that blocked fish migration were demolished and an innovative river-like bypass was constructed around the third dam. The fish now use this bypass to access their historic habitat. As a result, the population of critically endangered Atlantic salmon, as well as other fishes such as the river herring, shad, American eel have gone up.

Many a time, we tend to think that a river restoration project is a huge undertaking. But environmentalist Dr Rajendra Singh, dubbed the waterman of India, proves us wrong. Single-handedly, he has revived several rivers in Rajasthan. For instance, to revive Arvari river that had remained dry for over 60 years, Dr Singh, with the help of villagers, built 375 johads (a rainwater storage tank principally used in the state of Harayana and Rajasthan) along the riverbed. Decades later, all his hard work paid off when Arvari started flowing. Today, this 45-kilometre-long perennial river flows through the Alwar district of Rajasthan. 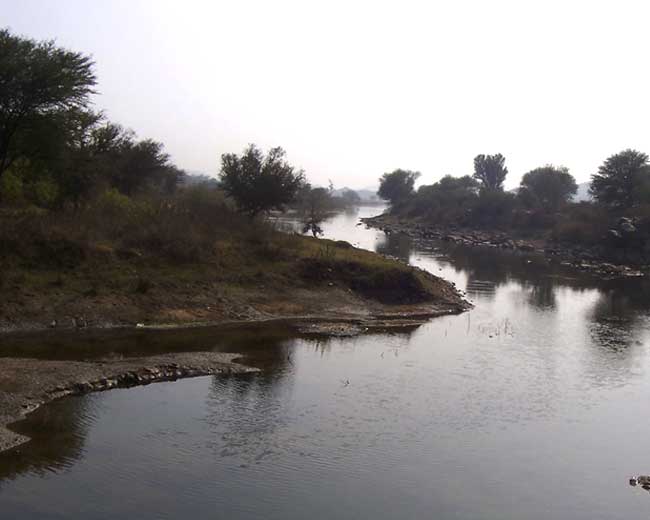 Encouraged by his success, Dr Singh now runs an NGO which has been instrumental in fighting slow bureaucracy and illegal sand mining on riverbeds. Over the years, he and his team have built over 8600 johads and revived five rivers within Rajasthan.

In the late 1950s, River Thames was declared biologically dead. During the wartime, several Victorian sewers that kept the river clean were demolished, and River Thames became a foul-smelling drain. Post the war, for almost a decade, Britain did not have the time or the resource to clean it up. It was only in the late 1960s that their sewer system improved. 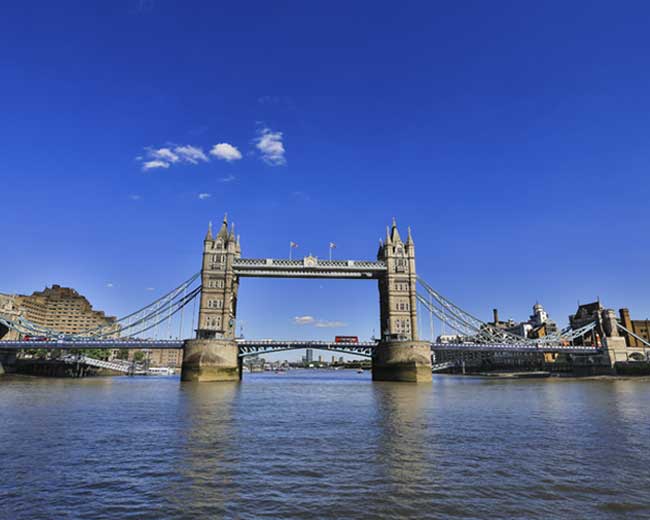 Over the next few decades, environmental awareness increased which led to strict regulations on pesticides and fertilisers that washed into the river. The once deemed dead river began to breathe again. Today, River Thames is one of the cleanest rivers to flow amidst a well-developed city. Even the fishes are back. In fact, the river is now home to over 125 species of fishes from almost none in the 1950s.

There is no doubt that 2020 was a year unlike any other. None of us were prepared for the unexpected turn of events that the...Read More

How to practice what you...

Practising what you preach may sound simple but it is one of the most difficult things to do. Ask yourself how often have you advised...Read More