> Happiness > Music: A doorway to togetherness

Music: A doorway to togetherness

What is it about music that makes it so powerful? Soulveda explores the answer to this question in the face of the global pandemic and beyond it. 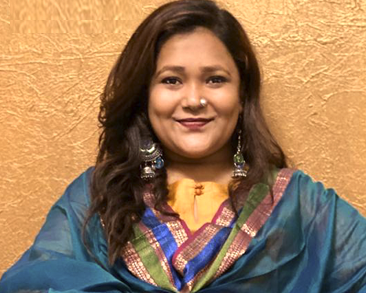 Cinema, spirituality, and dogs. Three words sum up Pooja’s life perfectly. With an overtly romanticised world view, Pooja can convert any mundane moment into a dramatic scene. Other than a love for the fine arts, Pooja is addicted to social media, which is what makes her association with Soulveda picture perfect.

A few months ago, the world was hit by a pandemic. It took everyone by surprise. In the chaotic rush to adjust to the crisis, no one imagined that the coronavirus outbreak will bring to a standstill the busy life of 2020 and have the world on lockdown. Stress and fear began to rise. And as the fog of uncertainty became thicker and thicker, the collective anxiety grew deeper and deeper.

Thankfully, the light of strength we struggled to find within, we found it in each other. Through kind gestures and mutual support, people pulled each other up. Physical fitness, mental wellbeing, social media conversations have been the theme of the global lockdown. However, if there is anything that has truly helped people stay positive and rediscover hope, it is music.

A few weeks into the lockdown, people began to sing their hearts out. Social media channels were flooded with scenes of people singing from their balconies and rooftops. On Instagram, artistes hosted digital concerts for fans to extend support and love. As the world became socially distant, music brought people closer.

A mother’s lullaby, a tune on a soldier’s lips, a tribesman’s song, the victory anthem of cheering fans, since time immemorial, music has been the sound of love, solidarity, courage, and victory.

What is it about music that makes it invaluable? This World Music Day, Soulveda explores the answer to this pertinent question, in the face of this global pandemic and beyond it.

Whether it is hope, an outcry for justice, or a message of peace, music has contributed immensely to the world we live in.

Music is a stage to contribute to the world

Music allows you to weave your thoughts with the melodies, seamlessly letting others be part of your journey. Historically, music has been the most efficient instrument for reaching out to millions to create awareness. Whether it is hope, an outcry for justice, or a message of peace, music has contributed immensely to the world we live in.

From Louis Armstrong’s What a wonderful world as a nudge to appreciate the beauty in everyday life to Michael Jackson’s Heal the world with a message of kindness and compassion to Lauryn Hill’s Black Range for awareness about the Black Lives Matter movement, music has been a successful messenger. Even during the coronavirus pandemic, musicians have taken to their craft to extend their support to people and organisations fighting on the frontlines.

Beethoven was deaf but he didn’t need ears to know if his music was any good. The starry eyes of his audience told him everything he couldn’t hear. And it won’t be wrong to assume that in their eyes Beethoven could see his music stirring emotions, and making a place in their hearts for the rest of their lives. This is one of the many gifts of music—allowing strangers to share an experience that cannot be described, only felt.

Take the national anthem for instance, from its first note to its last, it stirs the same emotion of patriotism and humility in everyone hearing it. Or the original soundtrack of Game of Thrones—every time it plays, it brings back the bittersweet memory of George RR Martin’s masterpiece.

As humans, we all are different from each other, but when we listen to certain music, we become one.

When Waka Waka (This time for Africa) by Shakira was released as the official song of the 2010 FIFA World Cup, no one knew what it meant. And no one cared. Everyone danced to its tune, jumping and hopping with joy. When Jai Ho by Oscar winner musician AR Rahman hit the big Hollywood screens, the world sang in unison. These are just two of the million examples that show music has no religion or race, no country or boundaries. It has its own universal language that everyone can feel and understand.

Music gives a glimpse into different cultures. You might not speak Hindi but you can dance to Hindi songs. You might not speak English, but the songs of The Beatles could still be in your playlist. Music allows strangers, living far away from each other, to exchange their cultures and traditions.