> Travel Diaries > 7 Himalayan Buddhist monasteries where you can experience calm

Places of worship always invoke a feeling of calm and give strength. Buddhist monasteries that line the majestic Himalayas are some of the best places to experience. 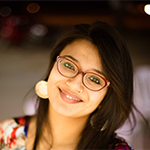 Runa Mukherjee Parikh is a freelance journalist and has been reporting on education, art, culture, gender and wellness for fifteen years. She is also the author of a book of short stories titled 'Your Truth, My Truth'. When not writing, Runa's favourite thing to do is watching movies, feeding strays and parenting.

Travelling feeds the soul with memories and education for a lifetime. It tells you about new places and old traditions. Going to new places enriches one’s life with memorable incidents while opening our eyes to new horizons.

That is why in every few months, the heart yearns for a break. It yearns to travel to someplace new to discover. There is this constant urge to leave the rat race every once in a while to look for that meaning our lives must have.

And to quench that thirst, many of us head to places that offer peace and calm in an era riddled with stress. No matter what you practice, the Buddhist monasteries of the country are one such tourist attraction that all seek. While some are located in unbelievable heights and temperatures, others are quaint places of prayer and simplicity. Indeed, the Buddhist monasteries that line the majestic Himalayas are some of the best places to experience spirituality.

Soulveda lists Buddhist monasteries of Himachal Pradesh that are a must visit list for those seeking calm and strength from prayer.

Dharamshala and Mcleodganj in Himachal Pradesh are world famous for being the home of His Holiness the 14th Dalai Lama. Known as Little Lhasa ever since Tibetans took refuge in this part of India, both Dharamshala and Mcleodganj have become an absolute favourite of people across nationalities. Here, overlooking the Himalayas is the temple Tsuglag Khang where the Dalai Lama often leads prayer. It is a very important Buddhist site where monks and nuns visit throughout the year.

The Buddha here is seen in two avatars, as Shakyamuni and Avalokiteshvara. Large statues of the Buddha serenely look at the milieu of worshipers and devotees, who also walk in a clock-wise direction around the temple complex as per ritual. This place provides calm and strength to anyone who comes seeking it along with some scenic views of the mountains for the lens.

Spiti valley is a popular spot with mountain lovers, and the Kee monastery standing at an altitude of 13,668 feet here is as picturesque as they get. The Kee monastery is an 11th-century monastery that has scrolls, rare thangkas and books on Tibetan Buddhism for those who understand spirituality and world history. It also houses a great collection of weapons for defending the monastery from possible attacks. In fact, it has been destroyed by invaders and earthquakes many times. Renovated time and again, the monastery looks like something out of a fairytale, with units seeming stacked on top of one another.

Made in the Pasada style, the monastery draws architecture buffs along with the trek lovers between the months of May and October. It is one of the three monasteries of the Gelugpa sect in Spiti Valley and one has to stay in Kaza to visit this monastery. Depending on when one visits, one gets to see some breathtaking views of either snow-capped mountains or warm colours of the fall.

Right out of a dystopian film is the Dhankar monastery. Perched in a manner that seems almost surreal, this 16th century old monastery lies in ruins, but still gives the best views of the Spiti valley.

Once we get to the monastery which is in the village by the same name, we see one of the oldest centres of Buddhism in India. The Dhankar village is at an elevation of 3800 meters and is scenic too. But what brings the revelers to the place is the statue of Vairochana – four figures of Buddha in meditation poses.

Since the old monastery is in a ruinous state, only twenty people are admitted in at a time. However, due to the significance of the monastery, a new one has also been built nearby. Not just the monasteries but the water bodies here are also worth admiring. The Spiti river and the Dhankar lake make for some excellent time spent with family in this region of Himachal Pradesh.

Home of the Dalai Lama, the Namgyal monastery in Mcleodganj is a stunning abode of the Buddhist deities surrounded by mountains, greenery and a fluffy sky. Possibly the most famous of all monasteries in Himachal, it is a re-establishment of the original monastery from Tibet.

The complex is also one of the foremost centres of learning for monks, with around 200 monks residing here currently. As you visit this majestic premise, you get to see these monks in different acts of preserving the Buddhist rituals, studying language and art and following Tibetan customs.

A personal favourite is the Tibet Museum that showcases the rich Tibetan culture through arts and artefacts and spreads awareness on the human right issues of the region. Indeed, Namgyal is a must trip for families with children learning history.

Rewalsar is known as a Buddhist town and has several well-known Buddhist monasteries in the region. The Lake Tso Pema and panoramic views of the valley make a visit to this quaint place in Himachal Pradesh a must.

Known to offer an extraordinary sense of peace and calm to visitors from a varied number of religions, the region also has a gurdwara and several temples about it.

However, Rewalsar is mainly known for the legend of Guru Padmasambhava, the Buddhist sage, whose cave lies further ahead from the town. It is believed that this sage had great powers and he was responsible for the appearance of the beautiful lake.

Among the several monasteries, the oldest one is the Nyingma Gompa. However, it is the Zigar Drukpa Kagyud monastery that houses the super tall statue of Guru Padmasambhava. Zangdok Palri Palace monastery and the Drikung Kagyu monastery are the other Buddhist monasteries that deserve your time and attention in this region.

Known as a hidden gem of Solan, Himachal Pradesh, is the beautiful Bon monastery.  A very sacred monastery of the Bon community, it is the second oldest Bon monastery in the world. It is interesting to note that the Bon monastic system predates Buddhist teachings in Tibet by nearly 1800 years. In fact, even the Dalai Lama has spoken of the Bon traditions’ significance in Buddhism.

The location of the colourful monastery that is also known as the Menri monastery (or Medicine hill) makes for some fine viewing, sitting pretty on top of a hill bearing witness to the mammoth mountains all around it.

The monastery has the statue of Tonpa Shenrab Miwoche and was founded in 1969. This place is a little off the beaten track, but is a must visit for those, who like history and geography and have a spiritual inclination towards life.

Located in the Tabo village of the Spiti valley, this stupendous monastery completed 1000 years of its existence in the year 1996. The monastery is situated at a height of 10,007 feet and is embraced by unique looking white clay mountains.

The largest monastic complex in Spiti, Tabo monastery complex is spread over 6300 sq metres and has nine temples, 23 chortens, caves, chambers and galleries of stucco statues and murals. The best part about this monastery is that visitors are allowed to stay within the premises, even if only in simple dormitories. One gets to witness the monastic life and live around it for a short while, making memories for a lifetime.

The significance of this monastery is such that it is maintained by the Archaeological Survey of India. To get here, one must come from Kaza in the months between May and October.

Indeed, Himachal Pradesh is the place to be, if one wants to experience peace and calm of some stunning Buddhist monasteries. So mark your calendars for a trip of a lifetime!