Home >> Travel Diaries  >> The wonder of the seven wonders

The wonder of the seven wonders

The seven wonders of the modern world are nothing, but extraordinary examples of what human beings can achieve. Apart from Christ the Redeemer in Brazil, all the other wonders were constructed in antiquity when there were no automotive equipment and fancy machineries at one’s disposal. The discipline of engineering and architecture was also in its nascent stages, practised by a handful of societies like the Greeks and the Romans. Still, walls were built, and monuments were erected. These structures became landmarks in the history of human civilisation.

As chosen by the people around the globe through voting, today, these monuments are called the ‘wonders’ of the world for what they represent and stand for. In this feature, Soulveda takes you on a journey across the world to these wonders, to explore what they stand for.

The Great Wall of China 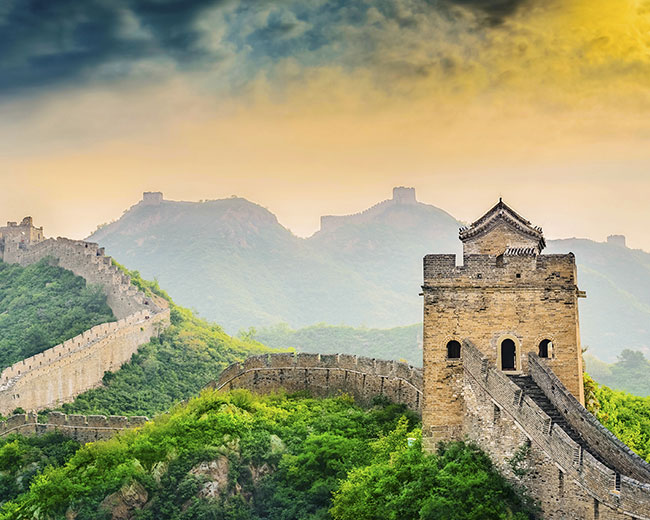 The Great Wall of China is the longest manmade structure ever built. Stretching over 20,000 kilometres, the wall was built over a period of 2000 years. It was constructed by dynasties, including Qin in 221 BCE and the Ming between 12 CE to 15 CE. The construction of the wall was ordered by Emperor Qin Shi Huang in 221 BCE, when he brought all the warring states together to form a united China under his reign.

Thousands of people, including soldiers and convicts, contributed to the construction of one of the greatest manmade projects in the history. Unable to complete it during their lifetimes, each emperor passed on the mission to his successor. And every emperor took the baton from their ancestors with pride and honour. The Great Wall, that we know today, was finally completed during the Ming Dynasty, after 1,200 years, when temples, pagodas, and bridges were also added to the wall by the countrymen.

Though, the wall took many years to finish, it became a symbol of unity and greatness for the Chinese people. All around the world, kings and societies acknowledged the prowess of the Chinese. Everyone knew, it was their pride, and that people who gave their lives to build the wall, would not hesitate to give it again to protect it. 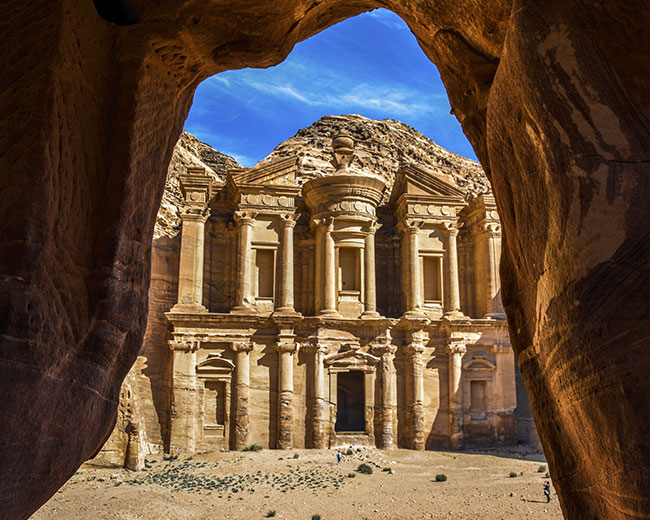 Petra, the city craved on the mountains, was one of the biggest trading centres of the 4th century BCE. Located about 150 miles south of Jerusalem, and at the cross-section of Damascus, Syria, and the Red Sea, Petra was an ideal destination for merchants and traders. The city of Petra was constructed by Nabateans, an Arab Bedouin tribe, who wanted to open a channel that would help them in simplifying trading. It didn’t take much time for Nabateans to amass great wealth. Unfortunately, the overnight fame also attracted powerful enemies that led to their eventual collapse. But even with Nabateans gone, the buildings they constructed remained intact because of the perfection with which they built their city.

Petra was carved by a process called rock-cut architecture that works well in rugged terrains. For this technique to flourish, Nabateans also developed an ahead-of-their-time water management system. They constructed dams and cisterns in the middle of a desert, and with just water, and razor-edge tools, mountains were turned into beautiful buildings and tombs. Everything was crafted with perfection, with no space for errors and omissions. After Nabateans, Romans used their engineering skills to perfect Petra, and turn it into a masterpiece of precision and excellence. 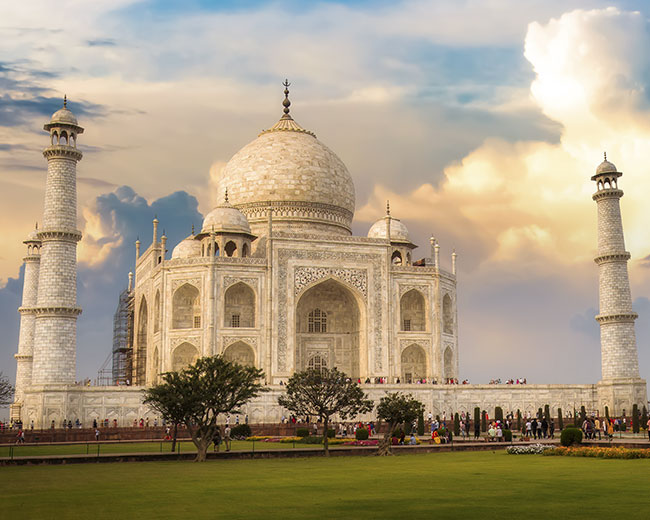 Legend has it that the story of Taj Mahal began in a market in Agra, where Prince Shahjahan was paying a visit. While strolling through the shops, along with his guards, his eyes fell on a girl who was selling flowers. In one breath, he fell in love with her. With the desire to marry her, Shahjahan went to his father, King Jahangir, to seek his permission and blessings.

The girl’s name was Arjumand Banu Begum, also known as Mumtaz Mahal. And the prince married her in 1612. Their love never faded, even after Shahjahan’s coronation to the throne which increased his responsibilities manifold. But sadly, their journey came to an end in 1631, when Mumtaz died due to complications during childbirth. Heartbroken, Shahjahan gave orders to build a monument on the banks of Yamuna, the final resting place of his beloved wife.

He chose white marbles, embedded with semi-precious stones, as the building-blocks of the monument. He employed over 20,000 men from India, Persia, Europe and the Ottoman Empire, along with 1,000 elephants to do the heavy lifting. It took over 20 years for the completion of the monument. Shahjahan named it Taj Mahal after his wife, whose name translated to “Crown of the Palace”. After his death, his tomb was built right next to Mumtaz, so that they could continue their journey together, in the spiritual realm. 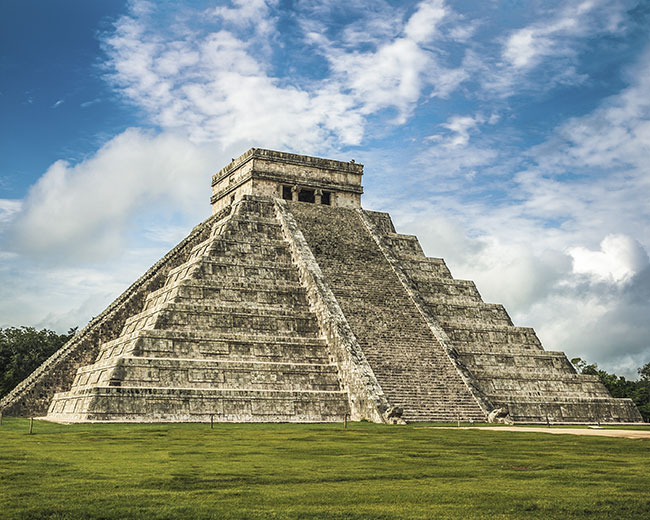 The city of Chichen Itza was built by the Maya people, who are considered as the most sophisticated and mysterious civilisations of the Terminal Classic Period. The Mayans walked the earth for over 2,000 years, but experts suggest that their heydays were around 600 CE. It was then that the Mayans managed to learn astronomy and archaeology. And not just these, but also how to raise crops in arid conditions, how to predict the future using calendars, and how to communicate through written languages.

Mayans used their knowledge to construct temples, royal tombs, and even pyramids. One such pyramid was created in the heart of Chichen Itza, known as EL Castillo, in the name of their God Kukulkan—who was depicted as a feathered serpent. The pyramid has 91 stairs on either face, one for each day of the year. Interestingly, Castillo is logically erected as per sun’s location during the spring and fall equinox. During the sunset on these two days, a shadow is cast on the temple that aligns itself with the head of Kukulkan, hinged at the bottom of the stairs. As the sun sets, the shadow looks like a giant serpent slithering down the green landscape. Another, jaw-dropping feature of the temple is that it chirps like a bird. Just clap in its direction, and the echo creates a unique sound that sounds like a bird. 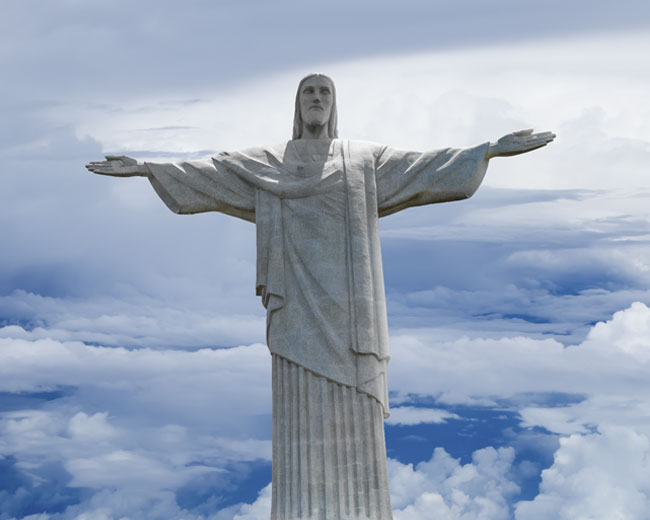 A 98-feet-tall statue of Jesus Christ in Rio de Janeiro, Brazil, welcomes you with open arms. It’s a concrete statue of Jesus called Christ the Redeemer that was created post World War I as a symbol of peace and harmony. It weighs 635 metric tons and is located at the peak of the 2,300 feet Corcovado mountain in the Tijuca Forest National Park, from where it overlooks the entire city of Rio.

According to the Encyclopedia Britannica Online, Christ the Redeemer is the largest Art Deco sculpture that looks like the God has come down from heaven to live among his people and spread the message of peace and harmony. 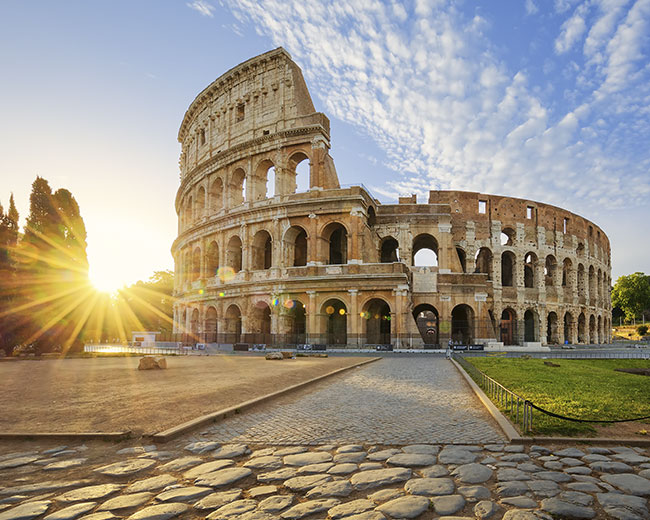 Today, the Colosseum of Rome is one of the most-visited tourist attractions in Europe. It is the pride of modern Rome, just like how it was around 2000 years ago in ancient Rome. More than just an amphitheatre, it was a symbol of hope for gladiators, who used to fight to earn honour and respect.

The Colosseum was built around 80 CE on the bedrocks of travertine, tuff, and brick-faced concrete. Unlike other arenas that were built along the hillsides to provide necessary support, the Colosseum was a freestanding structure, with novel architecture and popularity.

Outside the walls of the Colosseum, there was peace across all nooks and cranny of the city. But inside the amphitheatre, there was a different world breeding in. With over 60,000 spectators watching the gladiators, they combated with rival gladiators and wild animals. Declared as condemned criminals and prisoners of wars, the Colosseum was the only place where gladiators could restore their honour and earn recognition in public, as well as, in the royal eyes. 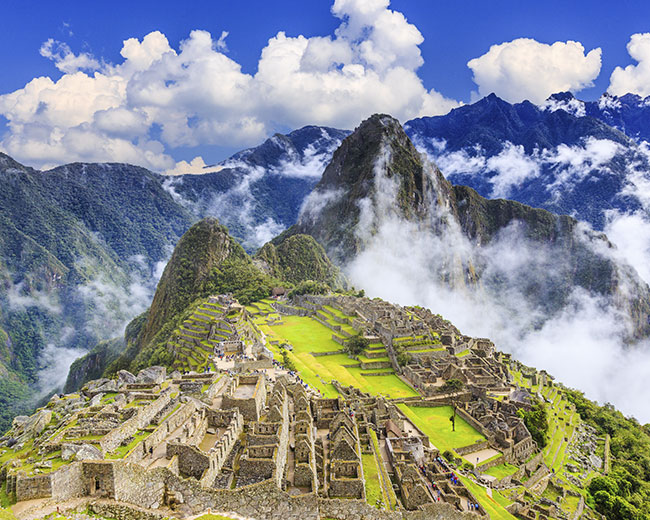 The lost city of Inca, Machu Picchu was a retreat for ruling elites, who visited the site with their families during mid-13th century. Tucked away in the greenish landscape of mountains, the awe-inspiring royal estate was discovered by an American archaeologist in 1911. Before his discovery, the citadel was only a legend, or a folktale left by the Inca’s, who never wanted to share their heaven-on-earth Machu Picchu with foreigners.

But today, Machu Picchu is far away from isolation. Built at the apex of a mountain, Machu Picchu is spread across five kilometres. It also features more than 3000 carved stone steps that builds a single network for locomotion for the tourists. While meandering through the corridors of the breath-taking site, one understands why Incas chose a spot, between nowhere, at the top of hill, where winds are as pure as the water from glaciers.

Coorg put me in touch with my...

No one likes a sob story. But what can you do when your own life becomes one, and you can’t seem to find a way...Read More

If someone asked me which person I’d like to meet if I had an opportunity to go through the pages of history, I would instantly...Read More