The rich diversity, culture and natural beauty of South Africa truly makes it one of the best travel destinations in the world. 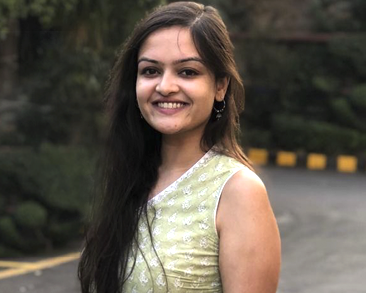 When Margaret Atwood said “A word after a word after a word is power,” Dipali sat up and took notice. A firm believer that reading gives you joy, this coffee-dependant life form believes reading is the catharsis we all need in the contemporary world.

When not wrangling commas and obsessing over word spacing, Dipali is wherever food, laughter, and extraordinary travel destinations take her.

Why in the world would you pick South Africa of all places? There are so many other holiday destinations, so much safer and prettier.

If I had a penny for every time someone asked me about my impending vacation to South Africa, I would have collected enough money to stay there longer!

Not going to lie; while I researched about South Africa and planned my itinerary, I was pretty apprehensive myself. When you meet individuals who have never been to South Africa, many tend to have perceptions about the country and its people that are either false or misleading. The reality, however, is quite different.

This 2-week-long (short!) getaway to South Africa became one of the most thought-provoking and memorable experiences of my life. This diverse country demands your alertness at all times. Not for the crimes everyone thinks are synonymous with South Africa, but for the beautiful graffiti in the alleys, soulful music playing in street corners, and the comforting aroma of their iconic Braai—a South African barbeque delicacy. When you see the country and its people from your own eyes, you couldn’t help but remember Desmond Tutu, the Nobel laureate who described South Africans as “Rainbow People of God”—and silently wonder how right he was.

South Africa is a paradise, which, unfortunately, is surrounded by illogical stereotypes and cruel generalisations. Anyone who hasn’t been to the Rainbow Nation can fall into the trap of these misconceptions. I, too, fell for some. But you can learn from my experience and embrace the forthcoming inflow of warmth and beauty without paying any heed to the years of fear-mongering and pigeon-holing.

One of the first things I Googled while contemplating travelling to South Africa was about the “African language”. Do not embarrass yourself by questioning a local’s fluency in “African”. It is not even a language. This culturally rich country boasts of 11 official languages, but English remains dominant. So, getting lost in translation is highly unlikely. I had a free-flowing and fun conversation with a petrol pump employee about his love for Bollywood music!

There are animals everywhere

I’ve been asked several times if I witnessed elephants or lions roaming the streets in South African cities. I couldn’t help but shudder at the thought of it but also laugh at the naivety of someone still falling for this stereotype.

In one word, No! If you are travelling to South Africa, do not expect to find a leopard in the mall parking or a local riding an elephant to work. The county is abundant in wildlife and there are many nature and game reserves scattered throughout. So, to spot a herd of zebras crossing the road, an actual “zebra-crossing”, your best bet is to go on a “game safari” at a national park like Kruger National Park, as I did.

Sights like these were common on the game safari at Kruger National Park.

All South Africans are dark-skinned

The misconception that everyone in South Africa looks the same quickly trumps when you get there. All South Africans have distinct personalities, just like people everywhere else. Here, you’ll find people with different ethnic groups, and different features and skin tones, all living together in harmony. Though the apartheid regime over-emphasised the differences among these various ethnic groups, despite their turbulent past, the locals see each other beyond skin colour. You should too.

It is a small, poor, and an underdeveloped nation

A road trip through the Garden Route in South Africa made me realise how well-developed, well-planned and hospitable the country is. The smooth, wide roads, equipped pit-stops, efficient toll plazas, and strategically placed road assistance and police cars throughout the city take you by surprise. Not only do they ensure your safety, but also that of the animals you may suddenly encounter on the roads.

Of course, South Africa has its own economic issues, but every nation is a work-in-progress. Five times the size of the UK, it isn’t far behind the developed nations.

It’s always hot over there

When travelling to South Africa, don’t just go prepared for sunbaths on their unspoiled stretches of white sand beaches. While the country may boast of some of the best beaches, rain and winter creep in every year. Cape Town is notorious for its wet winters, which is exactly how I was welcomed by the city; and Johannesburg is infamous for its summer lightning storms. Always check the weather forecast before planning. It’s not always sunny in South Africa!

South Africa is synonyms with crime

South Africa may have received some backlash regarding safety over the last few years, but the fact is there are unsafe places everywhere in the world. Every city in the world has crime, but what the government and locals do to prevent it makes a difference. The government and tourism industry of South Africa works tirelessly to ensure visitors and locals feel safe and secure. Most frequented tourist destinations are well-lit, guarded, and remain under CCTV surveillance, which gave me the assurance to confidently step out at any time and make the best of my vacation.

Regardless, it is important to be alert and vigilant always, no matter which country you go to.

The people are dangerous and unfriendly

Travelling to South Africa will completely debunk this myth. South Africans are the friendliest people I have ever come across in a foreign land. A conscious decision to stay with the locals through Airbnb and try cuisine characteristic to the country brought me face-to-face with the widest smiles and the warmest welcome. The hosts voluntarily prepared us breakfast, happily lent their raincoats when we lost ours, and surprised us with little souvenirs to take back home. Not even one interaction with the locals was unpleasant, leaving me keener than ever to revisit the country.

Waiting to board my flight to India at Johannesburg airport, I swiped through the picture gallery and wondered how two weeks flew past so quickly. I couldn’t help but ponder over the thorough shift in my perspective of the country. A journey I was apprehensive to begin, now had me craving for more. I am glad I didn’t go by the old stories people shared and opened myself to venture into the nooks and crannies of this Rainbow Nation.

Gulmarg: The white wonder land I will never forget