Are you an empath? 8 tell-tale signs

Are you oversensitive? Do you often struggle to fit in, even though you’re not an introvert? Do you feel emotionally exhausted and drained after meeting people? If you find yourself nodding to all of the above, then you might be an empath. The term empath comes from the word ‘empathy,’ which refers to the ability to absorb and tune in with the emotions of others. It defines the human nature of putting yourself in someone’s shoes and feeling the pain and happiness of others’ as your own. That being said, being an empathetic person comes at a price as it can lead to emotional exhaustion, and sometimes, even depression.

According to a study published in the Journal of Experimental Social Psychology, those who put themselves in others’ shoes show a higher “fight or flight” response, as if it’s their life at stake. The study further states, “Imagine-Self Perspective Taking (ISPT) has been shown to lead to greater levels of personal distress than merely thinking about the other’s feelings.”

ISPT is a form of empathic perspective-talking that—according to Ezra Stotland, Department of Psychology, University of Washington Seattle means, “imagining what one’s own thoughts and emotions would be if one were in the situation of the other person.”

Recognising that you’re an empathetic person is the first step to managing your emotions better and finding your inner balance. So, how do you figure out if you’re an empath? Here are eight primary signs.

Empaths are highly sensitive to emotions, which makes them caring and compassionate towards others. As a result, such people often find themselves lending others an ear to listen or a shoulder to cry on. While being empathetic is considered a virtue, it can take a toll on your mental health.

Empaths can feel overwhelmed and knocked down by emotions that they constantly deal with. It leads to emotional burnout and exhaustion. While anybody can be susceptible to emotional depletion, it can be especially hard for empaths, since they absorb emotions from everyone around them.

If you always go on a guilt trip for saying ‘no’ or refusing to help someone, you might be an empath. Empaths go out of their way to help others, even if it means compromising with their own time and priorities. When you put others’ needs first, you stop paying attention to your own life, which leads to self-neglect. You can’t live a happy and fulfilling life if your tendency to sacrifice for others is stopping you from living in peace.

Although empaths tend to connect well with people, their ability to absorb emotions can often magnify in places that are too crowded. According to Psychotherapist Kim Egel, “Empaths can be easily overwhelmed by feeling everything more intensely” when they are surrounded by a lot of people. In some cases, this surge of emotion can manifest itself in the form of physical distress like fatigue, headaches, and sleep deprivation. For this reason, empaths prefer to spend time alone to unwind and recharge. 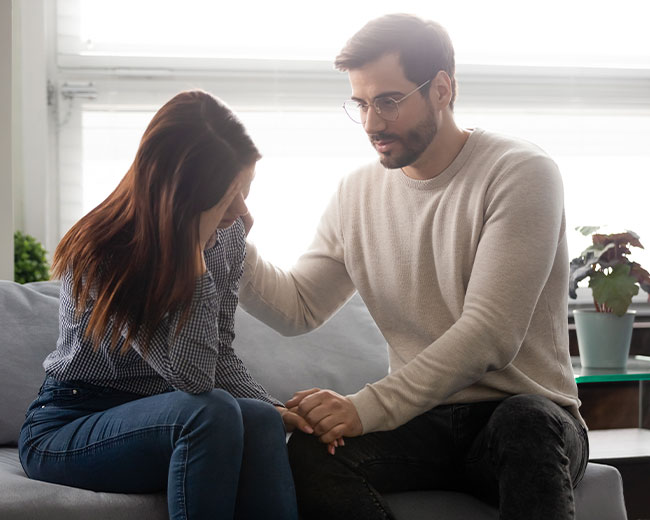 Empaths are highly sensitive to the emotions of others—an attribute that makes them a sought-after friend and confidante.

A confidante for others

Empaths are highly sensitive to the emotions of others—an attribute that makes them a sought-after friend and confidante. Since empaths have an intuitive ability to understand people’s feelings, they are frequently called for support or encouragement. And since empaths are known to be patient listeners, their efforts often go unnoticed. That’s why being an empathetic person is an investment of emotions with fewer returns.

If you feel ecstatic or dejected without any reason, ask yourself if these feelings are your own or they belong to someone else. Since empaths absorb emotions from their surroundings, you may at times find yourself overwhelmed with thoughts that you don’t identify as your own. This leads to a sense of disconnect where you are unable to think clearly because of your scattered thoughts.

If you are an empath, your emotions can get stirred by the misfortune of others. For instance, if your friend has lost a close family member, you may find yourself living through his pain, even if he is not around you. Or, if your sister got her first job, you will rejoice in a way as if her accomplishment is your own. This inability to manage emotions can act as a curse since your mood remains in control of external stimuli.

The downside, as explained by Dr Judith Orloff, the author of The Empath’s Survival Guide: Life Strategies for Sensitive People, is when such people are overwhelmed with stressful emotions, “they may experience panic attacks, depression, chronic fatigue, and physical symptoms that may defy traditional medical diagnosis.”

If you’re an empathetic person, even the most casual remark or the slightest criticism can affect you deeply. It is for this potential exchange of conflicting ideas that empaths tend to steer clear of arguments or heated discussions of any kind. Getting involved in conflicts can be highly stressful and overwhelming for empaths since they don’t just have to deal with their own emotions, but also with the emotions of those they are engaging with.

Setting boundaries is important in all relationships, something that an empathetic person struggles with, because of their caring nature. Boundaries allow people to set healthy limits and prevent them from getting hurt or negatively impacted by others’ words and actions. But empaths struggle to draw that line. As a result, they fail to safeguard themselves from negative energies and emotions, which lead to distress and overstimulation of the mind. Caring for others is undoubtedly a positive trait and speaks volumes about a person, but if you can’t draw the line between right and wrong, you need to remind yourself that your needs are equally important and valid.

Everyone faces hard times in life. What makes you different, however, is the emotional resilience you wield to fight and stand strong in the face...Read More

Why is noise a silent killer?

Self-care is not an indulgence

In the world we live in today, everyone is in hot pursuit of one thing or another—professional success, better finances, a perfect body, straight...Read More