Home >> Books  >> The forest of enchantments by Chitra Banerjee Divakaruni

The forest of enchantments by Chitra Banerjee Divakaruni

When I first held The forest of enchantments in my hands, I knew it’ll leave me hypnotised. Not because I was familiar with the craft of the writer, Chitra Banerjee Divakaruni, but for the novel’s plot, which was a spinoff of Ramayana, the epic written by sage Valmiki. I expected to be awestruck, if not more, when I opened the first chapter of The forest of enchantments. And I was right! By the time I reached the epilogue, the novel had exceeded all my expectations.

While Ramayana is the story of Ram, The forest of enchantments is the tale of Sita. Also referred to as Sitayan, the novel narrates the journey of Sita and the events of Ramayana from her point of view. The journey begins from her sparkling teenage years when she hones her skills in martial arts and nurtures her gift of healing and goes on till her adulthood and the travails of her marriage, abduction, rescue, and abandonment. The forest of enchantments is the unheard story of a daughter, sister, wife, and mother, Sita, who paid the price of being a woman—in spite of being a goddess.

The first few chapters of the novel are an easy read. They delineate Sita as a warrior and a healer; as a loving sister to Urmilla; as a curious child eager to know who her real parents are and as an associate of Shiva’s bow. But everything changed the day Ram lifted the divine bow, broke it in the process, and claimed Sita as his wife, as a prophecy foretold.

Many of us are familiar with what happens next—Ram and Sita’s love story, Kaikeyi’s ploys, Dashrath’s helplessness, their banishment from Ayodhya for 14 years, their austere but peaceful life, until Ravana, the demon king, kidnaps Sita to avenge his sister. This is the point where Ramayana and Sitayan take different paths. While Ramayana narrates the epic battle between vanaras and asuras, Sitayan recounts Sita’s life in Lanka, as a prisoner in Ravana’s kingdom. The novel unveils the tragic story of Lanka and its innocent inhabitants prompting readers to see asuras in a new light.

Here, The forest of enchantments becomes like an adhesive, gluing the readers to its pages. No one can guess the next turn of events as each chapter breaks the bias, myths and the preconceived notions around asuras.

As a woman who has been away from her husband for several months, that too as a prisoner, her chastity is questioned.

The novel depicts Sita’s challenges as a captive and how she stood the test of time—something Valmiki missed including in his epic. As a prisoner, she is tortured by her guards and their black magic. But a warrior princess that she was, Sita endures that harassment as well as Ravana’s threats with unflinching courage. There comes a point when she wishes for a quick death but that’s when Hanuman appears on the scene. The vibrant, warm and fearless Hanuman breaks the news to Sita that her husband is waging a war to rescue her. The news sends a rush of adrenaline down her spine as well as mine. For, as a reader, I longed for Sita’s misery to end.

The news gives her hope. She is rescued, Lanka is burnt down, leaving behind the dead bodies of asuras, vanaras, the secret of Sita’s real parents and the plot moves on. But the testing times aren’t over yet for Sita. As a woman who has been away from her husband for several months, that too as a prisoner, her chastity is questioned. Not just by the residents of Ayodhya, but by her husband, Ram, as well. As a righteous king, for Ram, kingship comes above love and all else. So, to satisfy his people, he forces Sita to jump into the fire to prove her innocence and purity. She comes out unscathed. The people of Ayodhya, men, to be precise, still question her dignity and duties as a queen. Since the sanctity of his kingdom was of utmost importance, and to quell people’s doubts, Ram banishes a pregnant Sita from the state, leaving her and the unborn twins at the mercy of the forest.

The concluding segment of The forest of enchantments reveals the final years of Sita, her life among sages, including Valmiki and his wife Indira, how she raises her sons Luv and Kush by herself, and how they turn out to be more powerful warriors than their father. It continues to hold your attention till the very end but leaves a lot of the “whys” about Ram unanswered.

The forest of enchantments is a novel that can be finished in one go because it flows naturally like a river. Chitra has done a remarkable job of portraying each character while remaining true to the original epic—toughest responsibility of a novelist, I believe.

She seems to have understood Sita’s pain and her grief as a wife and a mother. Perhaps, over the centuries, one thing that hasn’t changed is the meaning of being a woman. Through her book, Chitra has tried to reiterate that. That is why, I believe, The forest of enchantments is not just the story of one woman’s courage but of all those who cannot be broken, despite the injustice and unfairness meted out to them in this world.

When you see life from different perspectives and viewpoints, your understanding and perception of life changes. Your view of concepts such as...Read More 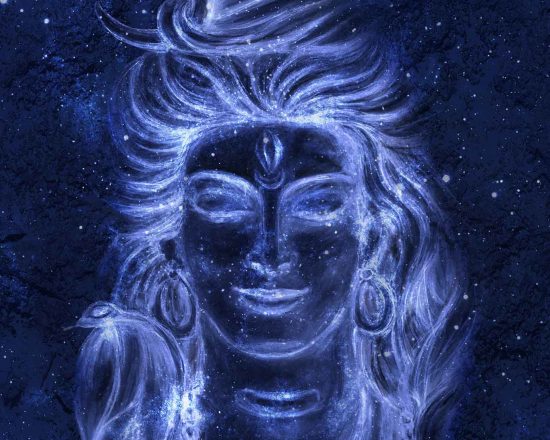 The Oath of the Vayuputras by...

We often believe that there is a good side and a bad side to everything. We tend to choose the good and reject the bad....Read More