Home >> Books  >> Why you should read aloud to children: 7 compelling reasons

Why you should read aloud to children: 7 compelling reasons

Reading a book is like unlocking a door to a new world. When you read, you step into the shoes of the characters, witness their journeys, feel their emotions, and rejoice in their happiness. Even for children who don’t know how to read, listening to bedtime stories is a magical experience that stays with them for years to come.

Reading aloud to children is the traditional way of exposing them to the world of books. As American author and astronomer Carl Sagan said, “One of the greatest gifts adults can give—to their offspring and to their society—is to read to children.“ Not only it adds wings to their imagination, it also helps them grow mentally and emotionally.

In a 2015 study on home reading environment and brain activation in pre-school children, it was found that there was greater brain activation in children whose parents read aloud to them. Moreover, a 2016 study published by JAMA Paediatrics concluded that children vocalised less when playing with electronic toys than interacting with traditional toys and books.

Let’s take a closer look at the benefits of reading aloud to children.

Reading is a workout for the brain. When a child is being read to, they are listening, concentrating, and imagining at the same time. This involves brainwork and in the process, several new synapses or brain connections are constructed that account for a person’s intelligence and cognition. As you read aloud, a child’s power of imagination is fortified. In a 2015 study by the American Academy of Paediatrics, pre-schoolers who were read to showed increased activity in the brain areas that support visual imagery and comprehension. For this reason, when you read to your kids, you set them up for academic success. While being read to, a child learns the connection between spoken and the written word, his phonemic awareness increases, while his fluency, visual, and auditory processes also strengthen.

The most obvious benefit of reading to children is their language development. According to research, it  promotes the development of language and other literacy skills. Children learn a language primarily through listening. It allows them to pick up new words, correct word pronunciation, and learn word usage. Their working vocabulary shoots up and they internalize correct sentence structure. All these skills help them to communicate better, both in conversation and in writing. Andrew Pudewa, President of the Institute for Excellence in Writing, says “The best way to help children grow to be good communicators [is] to read aloud to them as much as possible.” 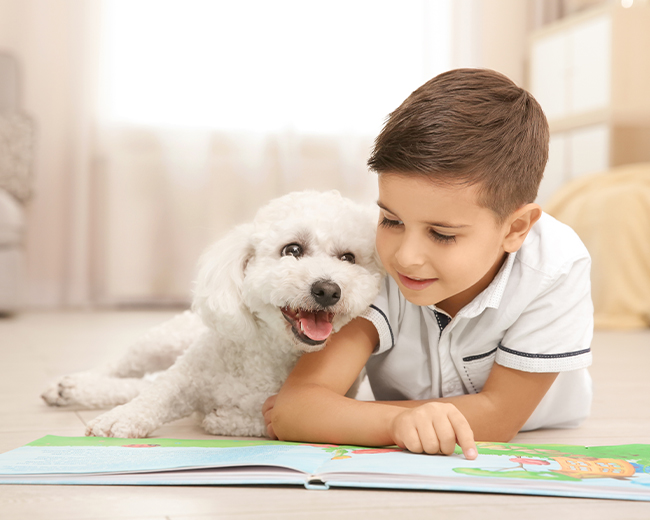 Introduces to strong emotions and values

Literature encourages children to witness and learn something without experiencing it themselves. According to a joint research conducted by David Comer Kidd of Harvard University and Emanuele Castano of Università degli Studi di Trento in 2013, reading fiction fosters empathy and this is true for children too. Books enhance their ability to step into other’s shoes with ease. It also gives parents an opportunity to discuss strong emotions like courage, sacrifice, and bravery through the story and its characters. As the British writer, CS Lewis writes, “Since it is so likely that they will meet cruel enemies, let [children] at least have heard of brave knights and heroic courage.” It also facilitates parent-child conversations on sensitive topics that otherwise would be difficult or awkward. Reading with an adult also helps a child to address difficult emotions and speak about them.

The most sought after benefit of reading is the academic ramifications it brings forth. Teachers often say that activities at home are an important supplement to the classroom; parents can give children what classrooms cannot. Reading to your child is definitely one of them. When parents begin to read out to their children at an early age, they set them up for academic success in their overall education. A 6-year study conducted by the University of Melbourne indicates that reading to children is positively correlated with their higher test scores on language and numerical tests.

Reading or being read to takes a lot of mental power to grasp the words and sentences and comprehend them. Children while reading not only comprehend the characters and their conversations but also the emotions and descriptive settings in which they are placed. Reading followed by a discussion with children improves their problem-solving abilities too. Your voice modulation and reading fluency set their imagination into a motion picture inside their heads. Kathryn Starke, a literacy specialist, suggests that “when parents ask children questions before, during, and after reading based on the illustrations and text, reading comprehension skills are increased.”

Neuroscientist Susan Greenfield suggests that reading expands attention spans in children. “Stories have a beginning, a middle and an end—a structure that encourages our brains to think in sequence, to link cause, effect, and significance,” she says. Unlike engaging with digital devices like phones, laptops, or television, reading or being read to is a slower unfolding of ideas and thoughts which requires the reader and listener to pay attention and concentrate on every word and pause. This exercise of listening and processing the narrative while trying to fit in with the rest of the story improves the capacity for a longer attention span, especially in children. A longer attention span will help a child perform better both in school subjects and in real-life projects.

A great time to bond

While there are several tangible benefits beyond the simple pleasures of storytelling, there are intangible rewards too, like the happiness and excitement on a child’s face at a good story or the intrigue as to what happens next in the story. Reading to children is also a great time to bond with them and understand what makes them laugh or cry. Children too, feel good to have their parents’ undivided time and attention.

How to build a daily reading...

Most of us recognise the importance of reading. We even make firm resolutions every New Year’s Day to read more. But what happens as months...Read More

5 reasons why you should read...

Many have grown up on a healthy diet of literary classics that would keep us engrossed right from the start. From To Kill a Mocking...Read More

“The reading of all good books is like conversation with the finest men of past centuries,” author Rene Descartes once said. There are numerous...Read More