> Conversations > Music is the spirit if art is the universe

Music is the spirit if art is the universe

"As a traditional musical legacy, we need to hold on to our musical roots and at the same time not be shy to experiment and evolve," says folk artiste Mame Khan in an exlcusive conversation with Soulveda. 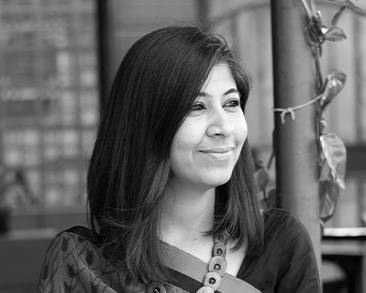 Brought up on a nutritious diet of books, music, cinema and conversations, Shalini is in awe of the human spirit that is eager to create, communicate and nurture. Words are the catalysts she taps into as she seeks to take this spirit forward, whether it is to tell or to listen to the stories buried within. After all, it is the story that matters. Her creative impetus comes as much from melancholy as it does from joie de vivre. A firm believer in life-emerges-from-death and peace-emerges-from-chaos, Shalini loves the dichotomy of chalk and cheese life tends to be.

Art defies boundary. It crosses over every conceivable limit the human mind can think of. If art is the vast universe, music is its magnanimous spirit. We have heard before that music is the thread that weaves through geographies, languages and cultures. It does more than that. It purifies your senses, and even makes you a better person. If words make you think, music makes you feel. It fosters innocent awe and appreciation and awakens the child in you who wants to dance. These thoughts come alive when you meet Manganiyar folk artiste Mame Khan. An easy, delightful conversation with the Sufi-folk singer–about the oral tradition of the Manganiyars, the legacy of their virtuosity and the diverse cultural amalgam they embody–kindles your awe and inspiration. And the child in you gets up to dance. Excerpts from an exclusive one-on-one with Soulveda:

Tell us about the heritage of the Manganiyar community that has, for years, been one with Rajasthan’s rich culture?

There are many legends around the origin of our community. What I have learnt from my father is a story that goes like this. When Hasan and Husain were born to Fatima, the daughter of Prophet Muhammad, two brothers had sung sehra (congratulatory song) in their honour. Out of joy and appreciation for their song, Bibi Fatima gave them her necklace and the title of ‘Manganiyar’ with a blessing that they would get a special place in kings’ courts, singing and taking this tradition forward. ‘Manganiyar’ is also known to have originated from ‘mahaguniar’ which translates to a treasure of talent.

“Music has no divide and religious boundaries. Just as much as we sing in praise of the Hindu deities, we also sing songs of Mira Bai, Kabir, and Sufi greats like Bulleh Shah and Lal Shahbaz Qalandar.”

Manganiyars are a Muslim folk musicians’ community. But they sing in praise of Hindu deities. Could you share more on this?

Traditionally, Manganiyars have had Hindu Rajputs as their patrons. Hence, we have been singing songs about Krishna, Shiva, Rama. I recall my father’s daily riyaaz (singing rehearsals) used to begin with hymns of Lord Krishna. We have been singing songs in the honour of our patrons, to keep the history and legacy of their families alive. It’s an oral tradition of storytelling and record-keeping, active for over 15 generations. But aside from this traditional background, I believe, music has no divide and religious boundaries. Just as much as we sing in praise of the Hindu deities, we also sing songs of Mira Bai, Kabir, and Sufi greats like Bulleh Shah and Lal Shahbaz Qalandar. They have all given the same message of devotion and spiritual unity through their poetry and music.

You are a folk singer. You could be a teacher, administrative staff or a trader. Instead, you are among a fortunate few who love what they do for a living. What does it mean to you to be blessed with such a privilege?

You are absolutely right. When you live in the real world, you have to earn a living, provide for your family, and fulfil your responsibilities. And you do what you have to. Fortunately due to the tradition I was born in, I have been able to pursue music as my calling. Although as a child, watching policemen on patrol in our village, I fancied being the Superintendent of Police (laughs). But I know I couldn’t have been anything but a musician. For me, it isn’t just my profession. Music satiates my hunger. When we rehearse with our troupe, hours go by as if, in a blink. To answer your question, that’s the effect of music and the privilege of working with it. Given the times we live in, music obviously has a commercial element to it. But that doesn’t diminish my love for it.

It is said that music brings out the best in people. Does music make you a better person?

It definitely does. Let me share this couplet with you.
“Ann madd, dhan madd, raj madd, vidya madd samudra
Gar suniyo raag madd, toh aur madd sab radd”
This means, accumulating food, wealth or power can have an intoxicating effect on us. And, the intoxication due to an accumulation of knowledge is limitless like the ocean. But the seven notes of music intoxicate us like nothing else does. This sums up everything. I am a student of music and being constantly in the company of music, I feel whole within.

“When we sing Sufi songs, and get into those intricate ragas, there’s that trance-like feeling we experience. Being in that space is a purely spiritual experience.”

How do you strike a balance between maintaining the spiritual, earthy nature of your music and keeping up with the hard-headed demands of the profession?

We sing a lot of Sufi songs which are essentially soulful. However, since life today is rushed and hectic, many of our songs have powerful, energetic rhythms while keeping the ragas, lyrics and the soul of the songs intact. This way, everyone is able to relate to the music. We are able to preserve our tradition, and at the same time, evolve with the ever-evolving audience.

You work with the Sufi and folk genres. Sufi music is largely devotional, spiritual. How does it impact you as a person?

Singing Sufi songs, especially intricate ragas, you experience a trance-like feeling. Being in that space is a purely spiritual experience. It’s intoxicating. As they say, it’s like shunya–the space where you are one with the supreme power.

You speak often about your late father Rana Khan. He was also your guru. What was your relationship with him like?

My father loved me like any father would. But he used to treat me like a disciple too. There is an adage in Marwari kabaddi mein Kako koni. Loosely translated, in sport (in the ways of the world), there is no uncle or nephew. He used to say, on stage he was not my father and I was not his son. During our younger days, if we used to shy away from rehearsals, he used to tempt us with rewards just to make us rehearse. That’s how important he thought it was to instil diligence and seriousness in us about our legacy.

Your genre of music is a combination of folk and Sufi which is traditional yet niche. How do you think this art form is likely to survive and evolve? Does it stand to get nurtured further?

I am no expert to predict this. But I believe, as a traditional musical legacy, we need to hold on to our musical roots and at the same time not be shy to experiment and evolve. In my performances, I sing the same songs that have been sung for 15 generations. But I change the dialect from pure Marwari to Hindi Marwari to make it relatable for a larger demographic. At times, I change the tempo a little using the same raga. This flexibility allows you to preserve your tradition while reaching out to a wider audience. If this music has stayed alive for 15 generations, why won’t it stay on longer?

While growing up in a small village in Rajasthan, it was a different world. How did it help you become the kind of artiste you are?

I grew up in a small village called Satto near Jaisalmer with no electricity, television, mobile phones or gadgets to keep us engaged. We had no distractions except a few village games. So, all our time went in focused rehearsals. This helped me get trained in my musical skills. And to add to that, learning and rehearsing for us was not limited to only our father who was our ustaad (mentor). We learnt from our mother, sisters, uncles and aunts. This oral tradition could survive because of the nature of the era and society we were part of.