Alternative therapist Bitha Sadanandan breaks down the concept of Body Intelligence Therapy, and how it helps people overcome health challenges. 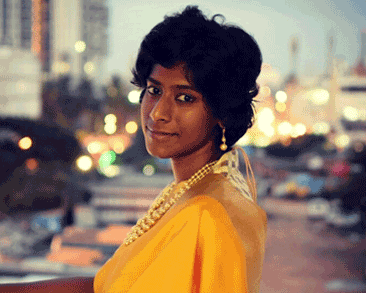 Sai has one ambition and that is to find a way to manifest the subtle explosion of life within her. Little did she know that her crush on music and the English language during her school days would eventually blossom into a full-blown love affair. Albeit an MBA in marketing, she also wishes to be recognised for her creative expression. She has, hence, decided to groom herself as a writer, singer, music composer and lyricist. If you think she appears calm and composed, she has got you fooled.

She is an adrenaline junkie. From scuba diving to sky diving, she has tried them all. She is also an avid traveller, which has opened her mind to new experiences, ideas and cultures. A devotee of Ayn Rand and an agnostic until now, she has finally taken the first step to understand and explore spirituality. Stay tuned because she is bound to keep adding more feathers to her cap. Learning, and learning alone, is her sole life purpose.

Right from childhood, we are taught that the brain is the seat of our intelligence. After all, it is the brain that responds to a variety of stimuli and coordinates with the rest of the body. It is also common knowledge that the brain stores memories, processes emotions and facilitates the thought process. The brain practically helps us create our physical reality.

However, quantum physics supports the idea that intelligence need not be centralised, that it could be distributed throughout the human body. This idea is fast catching on. In a speech titled Who are you?, Alternative Medicine advocate Dr Deepak Chopra says: “The human body is a river of intelligence, energy and information that is constantly renewing itself every second of its existence. This intelligence is present everywhere and is non-local.”

In a nutshell, it is believed that we have an intelligence that created us and somehow kept us alive. Therefore, it would be reasonable to deduce that this intelligence also knows how to heal us when we fall sick. It is with this thought that alternative therapist Bitha Sadanandan developed Body Intelligence Therapy. In a conversation with Soulveda, Sadanandan talks about this therapy and her journey in designing it.

You are a pioneer of Body Intelligence Therapy. Could you introduce the concept to us?

Body Intelligence Therapy is a modality of healthcare that works with the ‘Animator of Life’. Every living organism has an innate intelligence that animates life. This intelligence facilitates the body’s integration with various systems for overall efficient functioning. It expresses itself differently through different tissues. Just like the heart and the lungs, bones, blood, all tissues have their own unique rhythms. Different people have different rhythms. These differences could be due to cultural upbringing, personal and family backgrounds, likes and dislikes, and general life experiences. As a practitioner of Body Intelligence Therapy, I facilitate healthy integration so that the body intelligence of the person gets better.

What prompted you to develop Body Intelligence Therapy? How long have you been practising it?

Well, Body Intelligence is a phrase I first heard during my training in Biodynamic Craniosacral Therapy (BCST). BCST is a line of healing that originates from Osteopathy. In BCST, a gentle touch, called the cranial touch, is the sole therapeutic tool. But I could not find a definition for Body Intelligence within the BCST curriculum or even on the school’s website. So, I had to figure it out on my own.

I then came across various philosophies from all over the world that seemed to hold similar views about body intelligence. So, I kept at my observations until I could no longer ignore the scope of this work. Albeit a derivative of BCST, this therapy blends in thinking from several schools of thought: David Bohm’s implicate order, non-duality of Advaita, unified field theory, primordialism, continuum of the soul through lifetimes, shamanism, soul collage, aikido, and internal alchemy to name a few.

It also draws from various concepts of psychology, such as body-mind connection, past life regression, subconscious mind, psychometry and extrasensory perception.

Body Intelligence Therapy came about as a practice with a definite mode of ‘how-to’ in March 2016. It has since mushroomed with newer learnings that come from observing patterns in the stages of healing.

“I have noticed apathy abate and limiting beliefs dissolve in individuals who receive Body Intelligence Therapy. “

How does the body heal itself?

I unfailingly notice that whenever there is sufficient safety, resources and space, life moves from discomfort to ease. This invariably results in better health. It is akin to how a plant would grow: if the plant gets adequate water and light, it will grow no matter where you place it. We are no different as living entities. We are just structurally different from the plant. We just need resources suitable for the healthy expression of our nature and construct.

Secondly, the work is not centered just around chakras. The body has chakras, but the body is not all about chakras or energy. The body has several aspects–tissues, fluids, spaces, and energy to name a few.

What kind of changes can an individual expect upon receiving the therapy?

I have noticed apathy abate and limiting beliefs dissolve in individuals who receive Body Intelligence Therapy. They take notice of the things they may have earlier avoided or resisted, and they learn to handle stress better. The therapy increases their ability to peacefully work through conflict. It also helps with physical pain, either by resolving it entirely or by decreasing its intensity. The therapy aids the individual in processing traumatic experiences, even issues from childhood. It also improves their quality of sleep. Some subjects even pick up abandoned hobbies or interests once more. These are just some of the benefits that have been reported back to me.

Does this therapeutic approach have a scientific basis?

I have been told that physiotherapists have BCST as a small part of their curriculum. Yet, for some reason, it has not gotten as much attention as it deserves. Perhaps, it is the complexity involved in the practice.

Also, some part of the work can be explained by interpersonal neurobiology (an interdisciplinary field which seeks to understand the mind and mental health), a relatively new but developing field. Several discoveries in this field support the idea underlying Body Intelligence Therapy.

“Several people are fixated on the pop-a-pill habit to address their health concerns. It takes time to impress upon such conditioned psyche that there could be a way of healthcare that involves just a gentle touch.”

Whatsoever may have been the treatment meted out to the body–medicine, food, trauma, bliss or sorrow, everything is part of the body’s memory in the present moment. An important aspect of this therapy is that an experience can change the disposition of the body, here and now, in real time. So, the therapy can indeed be complementary to other modes of treatment.

Yes and no. Yes, because this work is gentle, non-invasive and non-intrusive. It works at a pace that the body can handle at any given moment. Consequently, an issue may take time to resolve because of the complexity involved or because the issue has been present for a long time. Nevertheless, the subject experiences positive changes incrementally and organically. And with time, the body’s capacity to handle complex issues increases. It is only then that the body deep dives and solves that big issue that has always ruled the person’s life.

Therefore, in emergency situations, I resort to BCST to ‘fix’ an issue and abate the problem. Consider this: a broken cup when fixed is never the same unless the cup’s fragments join up organically. It is only then that you have the original cup back. Similarly, an interventional treatment disrupts the integrity of the body, though it addresses the immediacy of a situation. But then, disrupting the body’s integrity this way may have consequences. I am yet to discover if and how Body Intelligence Therapy would work in an emergency. So, to that effect, Body Intelligence Therapy is not an alternative therapy.

In your experience, have you found there is enough awareness of this therapy?

I have seen several clients since I started this work in March 2016. However, I have not spoken widely about this therapy. Not many people know about it. Presently, I am more fascinated by the finer aspects of this work.

I should probably be spending more time marketing the therapy. There is one challenge though. There are set ideas about how healthcare is approached. Several people are fixated on the pop-a-pill habit to address their health concerns. It takes time to impress upon such conditioned psyche that there could be a way of healthcare that involves just a gentle touch.

A mothers’ gentle touch, for example, can be healing. Unfortunately, not all of us remember that. But, I believe, life will find a way to remind us of it. My work would not have come to be otherwise. In fact, how it came into my awareness is by itself an inspiration for me to continue.