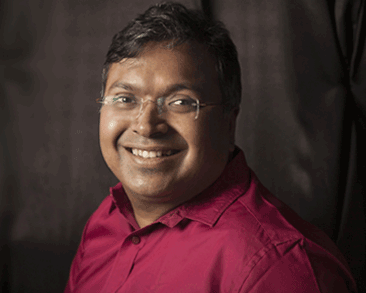 Devdutt Pattanaik writes on mythology. He defines mythology as cultural truths revealed through stories, symbols and rituals. He lectures on the relevance of both Indian and Western myths in modern life. In the last 25 years, he has authored and illustrated over 50 books. He is a regular columnist for reputed newspapers like Times of India and Dainik Bhaskar.

In the Vedas, there are references to many kings (raja) and to their poet-priests (rishi). Their stories are elaborated in the Puranas. There is a gap of two thousand years between the Vedas and the Puranas, and clearly much is lost in transmission. But it does not matter to the faithful.

In the Rig Veda, we hear of how king Sudas, son of Divodasa, of the Bharata tribe, chooses Vasistha as his poet-priest angering Vishwamitra who raises a confederacy of ten tribes, including the Puru, the Anu, the Druhyu, the Yadu and the Turvasu. In the battle that follows, Sudas is victorious. As per historians, following this victory, the Bharata tribe consolidated its hold of Kurukshetra (Haryana) and sponsored the final compilation of the Rig Veda in its current form, with the last verse of the collection asking enemies to give up their differences and come together in collaboration.

Fragments of this information manifest in much later texts, especially the Puranas, in totally different contexts. For example, when we speak of the great Bharata war today, no one remembers this Battle of Ten Kings. We have an elaborate epic on the fight between the five Pandavas and the hundred Kauravas and their armies clashing at Kurukshetra.

Likewise, in the Mahabharata, we hear that Puru, Anu, Druhyu, Yadu and the Turvasu were five sons of Yayati. From Puru descend the Bharatas, the Kurus and eventually the Pandavas and the Kauravas. They all belong to Soma-vamsa. While in the Vedas, Soma refers to a stimulant herb, in the Mahabharata Soma refers to the moon. There is no reference to any battle with Sudas. We hear of a king, Saudasa, which means ‘son of Sudas’, who got into conflict with Vasistha’s son and was turned into a cannibal.

We hear of Indra’s younger brother, Vishnu, who takes three steps across the universe and is associated with cows. But there are no stories of Bali being shoved underground or of Vishnu’s avatars.

The name of Sudas’ father, Divodasa, crops up in local lore Kashi. We are told that during a drought, he was invited to perform a ashwamedha yagna to bring in the rain. He demanded that all the gods leave the city. Later, Divodasa becomes a monk and leaves the city, enabling the gods to return home. The ‘gods of Kashi’ here refer to the Puranic tradition, which clearly was at odds with the Vedic ritualism embodied in Divodasa.

Although, we are repeatedly told that the Vedas take a different form in the Puranas, and that the link between the two is the Upanishads, and there is no real difference between Vedic and Puranic Hinduism, it is clear that there is a rupture between the storytelling traditions of the Vedas and the storytelling traditions of the Puranas. There is little in common, except similarity in names.

In the Vedas, we learn of Rishi Agastya and his wife Lopamudra, and how she invites him to give up his austerities and do his husbandly duties. However, in the Puranas, Agastya is seen as a great sage who takes Vedic ideas from North to the South and marries Lopamudra only to repay his debt to his ancestors. Similarly, in the Vedas, we learn how Urvashi, the immortal apsara, leaves her mortal love-struck husband Pururava, and goes back to Swarga. But in the Puranas, we are given a reason for this: Pururava has broken his promise to Urvashi, or that the gods conspire to get Urvashi back to paradise, or the two lovers are cursed. The autonomy of the women, suggested in the Vedas, is missing in the Puranas.

Over half the Vedic hymns are dedicated to Indra, Agni, Varuna and Soma, none of whom play important roles in the Puranas. In the Vedas, Indra is the royal god of war and Varuna is the royal god of peace. We hear of the mysterious and fearsome Rudra, which people equate with Shiva, but there are no stories of his wife or children. We hear of Indra’s younger brother, Vishnu, who takes three steps across the universe and is associated with cows. But there are no stories of Bali being shoved underground or of Vishnu’s avatars.

In later Vedic texts, one finds Durga Sukta, Sri Sukta and Medha Sukta for Durga, Lakshmi and Saraswati, but when closely analysed one realises the hymns are abstract, dealing with protection, prosperity and intelligence and not quite referring to the Puranic imagery of the three goddesses bearing trident, pot and lute. Many scholars postulate, that later-Hinduism used the Vedas as a tool for legitimacy, just as later-Buddhist schools used Buddha’s name to justify their innovative philosophies.