> Happiness > Infinite wisdom from the stories of the Mahabharata

Infinite wisdom from the stories of the Mahabharata

Go back in time to draw wisdom from the stories of the Mahabharata. 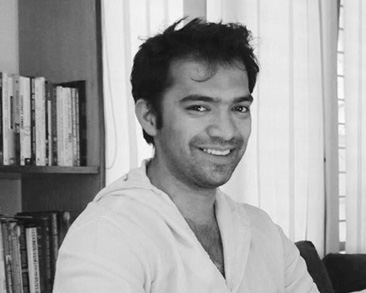 At first, Arun appears to be quiet and reserved, hardly showing emotion. But, once you get to know him, you know there is more to him than meets the eye. Arun believes, creativity is his strongest suit, which has brought him closer to the world of cinema and writing. Daniel-Day Lewis is his favourite actor and South Korean cinema his favourite film industry. Arun attempts to use writing to breathe life into his thoughts and imagination. He believes in being a lifelong student, yearning to learn as much as he can. At Soulveda, he can do both.

Krishna swore not to raise a weapon in the Battle of Kurukshetra against the Kauravas. He was Arjuna’s charioteer and that’s all he intended to be. Krishna’s vow came as a relief to his enemies as they knew he could have ended the battle with a swing of his sword if he wanted to. Instead, he used wisdom and deception as his weapons, which were enough to send the invincible enemies to their creators.

First, Krishna helped Arjuna avenge his son Abhimanyu’s death by deceiving Jayadratha into believing he had escaped Arjuna’s wrath; then, just as he let his guards down, Arjuna killed him. Next, Arjuna’s half-brother and only competition in the battle, the mighty Karna, also fell prey to Krishna’s deception. The battle of Kurukshetra continued to spill the blood of sons, brothers, friends, and families, underpinned by ‘adharma’ while Krishna came up with strategies to help his dear friend Arjuna fight the battle of ‘dharma’.

It was only in the final chapter of the Mahabharata that the tables turned and Krishna was forced to take on the role of an executioner, over and above his role of a strategist and advisor to Arjuna. In the penultimate stages of the battle, when the Pandavas were reigning over their cousins, to defend the Kauravas, and his honour, Bhishma Pitamah, took an oath to either kill Arjuna or make Krishna break his promise, which was etched in stone. Arjuna was no match for Bhishma and despite putting up a good fight, he was soon overpowered by his opponent. When Krishna saw Bhishma aiming his final arrow at Arjuna and knew his friend’s life was at risk, he decided to break his promise—he jumped down from the chariot, lifted a wheel and stormed towards Bhishma. Knowing he couldn’t fight Krishna, Bhishma dropped his weapons, folded his hands, and bowed his head in reverence to Krishna. If it wasn’t for Arjuna’s intervention, Krishna would have killed Bhishma, and perhaps, his image of being a righteous one as well.

The story reveals an important aspect of family and relationships, which holds true even today: some bonds are above one’s ethics and virtues. The Mahabharata is an anthology of numerous such stories, each unfolding the vulnerable nature of humans, the true meaning of family, and the dilemma of morality. Even today, the epic is as relevant as it was centuries ago when it was written because the values of family and the importance of morality are still the same. In this feature, Soulveda takes a journey back in time to draw wisdom from the stories of Mahabharata that separate right from wrong, courage from fear, greed from wisdom, and peace from chaos.

The story of Amba, the princess of Kashi, is one of tyranny, misfortune, and retribution that ends in two lifetimes. Bhishma abducted Amba and her two sisters, against their will, and that cost Amba her happiness, dignity, and love. When even the gods failed to help her, she took her own life, but her agony of injustice didn’t die with her. In the next life, she was reborn as Shikhandi, whom Arjuna used as a shield in his one-on-one battle against Bhishma. Knowing who Shikhandi really was, and, consumed with guilt and remorse, Bhishma didn’t shoot any arrow in retaliation, when Arjuna kept attacking him. Eventually, Bhishma was defeated and Shikhandi got her justice.

Lesson: No one can escape karma. Sooner or later, everyone has to pay for their actions.

Karna would have been a Pandava, had his mother Kunti not abandoned him as a newborn. Found and raised by a charioteer, Karna lived a life of indignity and humiliation until he met Duryodhana, the eldest of the Kauravas. Duryodhana was the first one to acknowledge that Karna’s prowess as an archer was no less than Arjuna’s, and made him the king of Anga (Bengal). Even after Karna’s coronation, Duryodhana kept supporting him, ensuring everyone pays him the respect he deserves,  which was a tough ask, given his upbringing.

The friendship between Karna and Duryodhana grew stronger. As a king and a friend, Karna pledged his allegiance to Duryodhana, to support him in all the battles. Even when he learned about his identity, royal lineage, and true right to the throne, Karna stayed loyal to his friend and fought against the Pandavas, his brothers. In the end, he gave up his life fighting a battle against his own kin, but with no regrets. For Karna, Duryodhana was not just a friend but someone who helped him earn that one thing he never thought he could achieve—respect!

Lesson: A true friend will never leave your side, especially in times when you need them the most.

The dance of a dice and greed

The stage was set. Kings and ministers from all across the kingdom were invited by the Kauravas to witness a game of dice, which, in fact, was a grave dug by the brothers for their cousins, the Pandavas. Despite realising the fatality of it all, yet too proud to reject a challenge, the Pandavas arrived that night with their royal entourage. They returned not just humiliated, but with a fate worse than a beggar’s.

The perpetrator of Pandava’s disaster was Sakuni, Duryodhana’s uncle, a shrewd man who conned Yudhishtira into gambling away everything he owned. The righteous and truthful Yudhisthira lost all his possessions—from his kingdom to his wife Draupadi—to the Kauravas. Eventually, the Pandavas along with Draupadi were forced to go into exile for 13 years.

But in reality, Yudhishtira didn’t lose to Sakuni or to the Kauravas. It was his ego and greed that defeated Yudhishtira. That stroke of misfortune initiated a chain of events that eventually led to the Battle of Kurukshetra and the destruction of the two families.

Lesson: You are your biggest enemy when your mind is crippled with greed and ego.

Eklavya’s passion for archery and reverence for his guru

Ekalavya was ostracised by society as unworthy and despicable since he hailed from a lower caste. But he had a dream—to become the greatest archer ever. However, in a world mired in discrimination, that was almost impossible to achieve.

Ekalavya wanted Dronacharya, the greatest teacher of archery and warfare in the kingdom, to be his guru. But Dronacharya belonged to an upper-caste, and hence refused to teach Ekalavya archery. Disappointed at being rejected, Ekalavya, returned to the jungle, made a clay idol of Dronacharya and continued practising archery, with the same deep reverence for his self-appointed guru.

One day, when Dronacharya found him practising in the forest, he was amazed to see Eklavya’s craft and his deep admiration for him. Though touched, Dronacharya was bound by his promise to the Pandavas, and couldn’t allow any other archer to be as good as or better than Arjun. Perceiving Ekalavya as a threat, Dronacharya asked him for his right thumb as guru dakshina—honorarium— for secretly considering him his guru. The young warrior didn’t think twice before cutting his thumb off and placing it at Dronacharya’s feet. Impressed by his reverence, the sage called him the greatest student to ever live. Eklavya continued to hone his craft, now with his index and middle finger, and eventually became one of the greatest archers in the world.

Lesson: When passion is your motivation, there is no limit to what you can achieve

Abhimanyu while entering the Chakravyuha

The legend of Abhimanyu’s unwavering courage

What Abhimanyu, the son of Arjuna, was seeing in front of him was extraordinary, yet terrifying. Hundreds of soldiers were working in unison to implement the Chakravyuha, a circular battle formation devised by Dronacharya to capture Yudhishtira. Only a handful of warriors knew how to enter and exit the Chakravyuha unscathed, but none of them were present there. Abhimanyu had learned how to penetrate it from his father, but he didn’t know how to come out of it. Without this information, walking into this deadly labyrinth was a suicide mission. But when Abhimanyu saw his enemies ready to execute the plan, he rode his chariot right into the Chakravyuha.

Abhimanyu single-handedly fought the warriors. His plan was to buy as much time as possible until his father could return from another front. After hours of battle, a tired Abhimanyu was surrounded from all sides. His bow was broken, his wounds were deep, but his courage was unwavering. When he couldn’t find any weapons, Abhimanyu lifted a chariot wheel to continue the offence till he was fatally wounded. By the time, he breathed his last, the day was over. Dronacharya’s fierce plan had failed to stand against the brave Abhimanyu.

Lesson: Courage is stronger than fear and bolder than physical strength