Considered cheesy, futile, and childish, reading comic books is a habit that has been renounced by many adults. Once an integral part of our childhood, comic books now exist in the memories or in the attic, stored alongside old family photographs and heirlooms. However, what made graphic novels obsolete is not time but stereotype: the fear of being called a nerd or a geek pushed many adults away from the comics.

“Deviants and losers and mutants and the loveless … were the proper readers of Marvel comics,” said American Novelist Rick Moody. Prejudice aside, is reading comics really a bad habit for you as an adult? Considered intellectually inferior and easy to read, comics have the ability to inspire you, and widen your perspectives and imagination. “I don’t remember when exactly I read my first comic book, but I do remember exactly how liberated and subversive I felt as a result,” remarked professor of literature at Columbia University and orientalist, Edward Said.

In a world where stress is a part and parcel of life, comic books offer the kind of relief that can help you relax and unwind. “Words and pictures are yin and yang. Married, they produce a progeny more interesting than either parent,” said children’s book writer Dr Seuss. Comics are such union of words and pictures, which bring them alive to be your saviour from boredom or a monotonous life.

American comic book writer Stan Lee had this to say, “I’m no prophet, but I’m guessing that comic books will always be strong. I don’t think anything can really beat the pure fun and pleasure of holding a magazine in your hand, reading the story on paper, being able to roll it up and put it in your pocket, reread again later, show it to a friend, carry it with you, toss it on a shelf, collect them, have a lot of magazines lined up and read them again as a series. I think young people have always loved that. I think they always will.”

In Asia, comics are still quite popular. In Japan and other neighbouring countries, millions of people read manga comics like Naruto and Death Note . In India, the publishing house Amar Chitra Katha with its classics has kept the flame of comics burning in the hearts of adults. This being said, once read across the globe, comics have largely lost its place in the lives of many.

Living in a world of comics is massively entertaining and exciting. But to answer the question: whether adults should read comics, Soulveda dives into the world of graphic novels to restore their importance and value in adulthood.

Comics are full of illustrations and words interspersed together, which make them easy to read. The visual illustration of the comic books expand imagination and creativity as one tends to visualise the scenes taking place in the plot. In the long run, with its visuals and storylines, comics help you see things with unique perspectives. 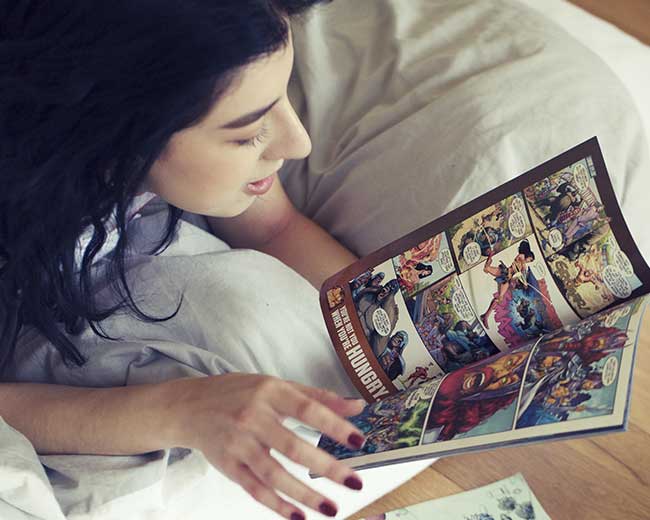 Comics are full of illustrations and words interspersed together which make them vivid and easy to read.

Comics can inspire and motivate you

Besides providing you with some recreation, comics also offer inspiration and motivation. Captain America co-creator Joe Simon said, “It’s no accident that the first superhero boom came when we were facing the Great Depression and a world war. Superheroes represent the best in all of us — in that sense, they are us. So it’s natural that we look to them for our entertainment, whether it’s on the pages of the comic books or up on the big screen.” Reading comics can help you inspire by their depictions of superheroes fighting villains and the triumph of good over evil.

The habit of reading comics can enrich your vocabulary and knowledge as you get exposed to different cultures and varying semantics. They can turn an average reader into a ravenous one. According to cartoonist Scott McCloud, “Comics are juxtaposed pictorial and other images in deliberate sequence, intended to convey information and/or to produce an aesthetic response in the viewer.”

Comics are vivid, elaborate and diverse unlike their film adaptions

Many people consider comics better than movies, in terms of storyline, depth and character development. Often, movies fail to do justice to the comics and their characters while adapting them. Movies tend to omit or redo comic character relationships for the sake of meeting time regulations, making the adaptations insipid and detached from the original comic versions. Comparing a book to a movie is like comparing a glass to a mirror. The same ingredient doesn’t make them similar. Remember what author JW Eagan said, “Never judge a book by its movie.” Likewise, never judge a comic book by its film adaptation. 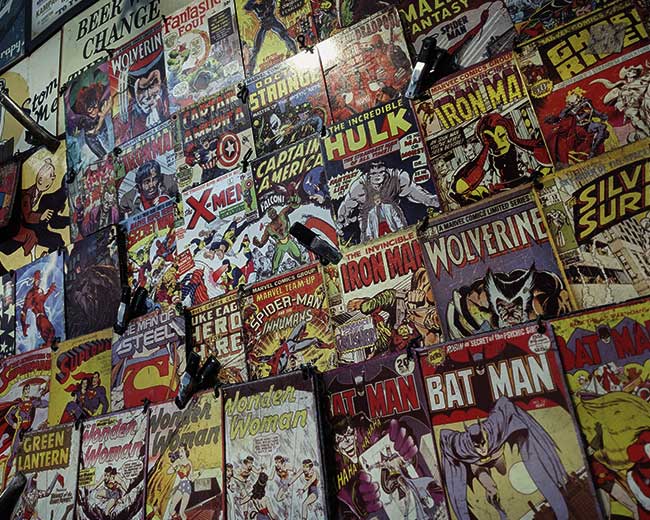 Comics get you addicted to reading, and its language helps you enrich your vocabulary.

Comics are a great stress buster

Relaxing and reading comics after a hard day’s work can help you unwind and soothe your nerves. It can relax your mind and help you find some solace in the world of your favourite fictional characters. Just as French political philosopher Montesquieu puts it, “I have never known any distress that an hour’s reading did not relieve.”

Reading comics satiates your hunger for information, enriches your vocabulary and enhances your creativity. As adults we should try and read comics to beat monotony instead of treating them as intellectual fodder or “teenager stuff”. As Chilean-French filmmaker Alejandro Jodorowsky said, “Comics for me are a way to live. Comics are my way to eat, to run my life and work.”

Life is uncertain. We all have heard this phrase at some point or other in our lives. But now is the first time many of...Read More

Cancer is a dreaded illness no one is ever truly prepared to face. However, when it does happen, it leaves a gaping hole only time...Read More