Big or small, lies are lies

Why do poeple lie? 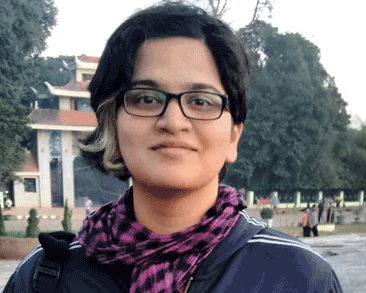 To make up for a childhood spent away from 'distractions' in the quiet city of Madurai, Indumathy throws herself into movies, books, and interesting experiences. She swears The God of Small Things is the most beautiful book she has ever read and The Man from the Earth the most riveting movie she has watched. On weekends, you're likely to find her cooped up in a quiet cafe, sipping coffee and writing in her journal. Always up for an adventure, she won't say no to road trips or midnight bike rides. Indumathy aspires to a life that is peaceful yet exciting.

As children, we were taught that lying is bad and ‘honesty is the best policy’. We were reprimanded when we lied to our teachers or parents and rewarded for speaking the truth. The habit of being truthful may have stuck with many of us for the better part of our early years. But as we grew up, we may have realised that life is complicated for absolute honesty.

At least in the world of grown-ups, it is fair to say that everybody lies. Even those of us who lead honest, respectable lives might admit to uttering white lies once in a while–perhaps to get out of a tight spot, to avoid embarrassment or to protect someone’s feelings.

It is safe to say that a majority of us lie about unimportant things on a regular basis. However, it might be harder for us to lie about important things, especially to those who are close to us, as it may come with severe consequences. There are, of course, exceptions to the norm. Some people feel the need to tell white lies often, even to their loved ones. They are identified as compulsive or pathological liars. While this is not a psychological condition per se and cannot be properly diagnosed, it may be the result of other conditions such as narcissistic or Borderline Personality Disorder (BPD).

It is easy to think smaller lies are “normal” and more acceptable. A study published by the American Psychological Association goes so far as to say that “lying is a fact of daily life”. The two-part study involved focus groups of college students and community members. “Participants in the community study, on average, told a lie every day; participants in the college student study told two,” it says. The seriousness of these lies, however, is a different question. As the study itself points out, graver lies about important matters were fewer and far between.

However, scientists have now discovered that every lie, small or big, causes changes in the brain. Says Dr. B N Gangadhar, director of the National Institute of Mental Health and Neurosciences (NIMHANS), “The guilt that comes with lying leads to stress. This leads to the excitement of the amygdala–which is the emotional core of the brain–and as a result, a cascade of adverse reactions may occur in the body.”

While the stress brought about by minor everyday lies may not seem like much of a problem at the moment, it might affect our health in the long run.

Stress, as we know, affects the brain in several ways. And when a simple act of lying develops into a dishonest life, stress on the brain and the body multiply too. A study conducted by scholars at the Harvard University and the University of California, Berkeley, explains what exactly happens. It reveals “Lying, being selfish, cheating, and engaging in infidelity are associated with a suite of negative health outcomes such as elevated heart rate, increased blood pressure, vasoconstriction, elevated cortisol, and a significant depletion of the brain regions needed for appropriate emotional and physiological regulation.”

The direct, long-term consequences of habitual lying are yet to be found out. But we do know that individual effects such as high blood pressure, elevated heart rate and increased cortisol levels, in the long run, are quite detrimental to one’s health.

Moreover, some studies are now suggesting that when an individual engages in lying and other dishonest activities repeatedly over a period of time, the brain gets accustomed to such behaviour. With each lie and act of dishonesty, the brain is de-sensitised to the effects and eventually, such behaviour comes easy. This means the more we lie, the easier it becomes. As Dr. Gangadhar points out, “Habitual lying makes a person insensitive to others and emotionally colder.”

Speaking the truth, helping others, and living a life of integrity are known to better one’s physical and mental health. Living a dishonest life, however, can actually get under one’s skin and affect one’s overall wellbeing. While the stress brought about by minor everyday lies may not seem like much of a problem at the moment, it might affect our health in the long run. And if telling little lies becomes a habit, the brain could end up adapting to it and we might risk losing our moral compass.

This may sound too drastic for some of us. We may think our little lies are too few to matter much. Truth is, one lie leads to another and before we know it, we will have told a whole bunch of lies to deal with one difficult situation. Maybe the next time we’re in a fix, we could try revisiting what we were taught as children. We could tell the truth and deal with the consequences, rather than lie and deal with the unrest and guilt that are likely to weigh us down.