Soulveda speaks to Maithili Appalwar about her work with Avana, what steps can be taken to address the water crisis issue in India, and what role can the youth and citizens play in addressing it. 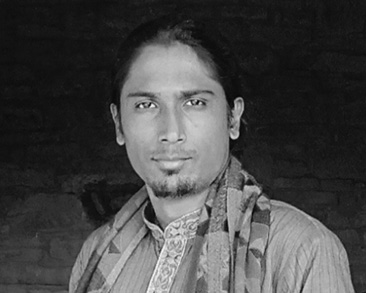 Imagine a world without water. There will be droughts, scorching temperatures, and severe climate crises. This apocalyptic scenario may turn into reality if we don’t address the existing issues of water crisis and conservation. In India, the numbers are already are quite scary. According to the UNICEF, two-thirds of India’s 718 districts are affected by “extreme water depletion” and the rapid rate of groundwater depletion is a major cause for concern.

As the rainfall pattern in India is rapidly changing, with flash floods and sudden downpours, conserving the water surplus is becoming a herculean challenge. That’s because the water mostly flows away and the water table is unable to be recharged. Farmers depend on the water surplus for their livelihood and the absence of it makes matters worse for them. If farmers are unable to utilise water for agriculture, not only would they be deprived of basic livelihood, but we as consumers would also bear the brunt as we depend on them for our survival.

This is where Maithili Appalwar, a Mumbai-based entrepreneur, stepped in with her for-profit social enterprise, Avana to help farmers with a water conservation programme. Since its inception in 2017, Avana claims to have built over 20,000 artificial ponds across various states, saving 3.5 billion litres of water on more than 6000 farms.

Avana’s water conservation solution, Jalasanchay, gives farmers access to artificial ponds to solve their needs. Shedding light on how Jalasanchay works, Maithili says that one needs to “dig up a large pit in the ground and cover it with geomembrane that avoids the percolation, so you can hold this drain water and harvest that. You can just conserve it throughout the season and you can use it all around the year.”

In an exclusive conversation, Soulveda speaks to Maithili about her work with Avana, what steps can be taken to address the water crisis issue in India, and what role can the youth and citizens play in addressing it.

Tell us how you started Avana and what was the inspiration behind it?

My family is from Yavatmal, a district in north-eastern Maharashtra, which has one of the highest suicide rates among farmers in the country. Originally, the idea behind Avana—founded in 2017— was to understand how mental health and wellbeing can be promoted among farmers to reduce suicide rates. I thought about what could be done to improve their incomes. I looked into the challenges they faced and found the lack of consistent water was their biggest hurdle. The government infrastructure is not properly built and not all the rivers and canals are connected to the farms. The way the water is given to farmers is quite erratic, and because of that, poverty is prevalent. This was the problem I was attempting to solve by creating a consistent source of water on the farms.

What challenges did you face as a young entrepreneur and how did you overcome those?

In the rural sector, a lot of times, people think that since I have come from the city, I will just fulfil my passion and go away. That was the biggest challenge. As a young person, that too a woman in the rural sector, it is difficult to be taken seriously. I experienced a lot of sexist behaviour. For example, people would tell me ‘bring your father’ or one time, when I wore a dress, I was asked, ‘where is your husband?’ It was overwhelming. I was 19 when we started and I didn’t have the maturity to deal with it. But I took most of the challenges in my stride.

One thing that helped me overcome the challenges was to be consistent with the communities we were visiting. If you are going to one place five-six times, the people there can see that the person is genuine.

Water crisis and conservation are major issues in India. What can be done to address them?

If you look into the water consumption of the country, about 80 percent of the water is consumed by the agriculture sector. The water crisis that we are facing in cities is because the villages next to them are over extracting the underground water. So, solving rural India’s water crisis can be an effective way to solve the water crisis of the whole country.

How important is it for the youth to become educated and involved in water conservation?

For youth, there are ample opportunities in this sector. They can contribute in agriculture technology where their potential lies. But the water crisis isn’t just about conservation. It is also about sanitisation and safety. If young people think this is a big sector and they are only going to scratch the surface, my advice to them is that it is alright. If enough people are going to scratch the surface, there will come a time when you will scratch beneath it.

Whatever seems like the most accessible problem you can solve in this domain or climate crisis in general, I think everyone should do it because it will be the biggest problem that we will face in the next 50 years.

A recent report suggests that over a fifth of India’s land area is facing drought-like conditions. What role do water conservation methods such as yours play in addressing this crisis?

I don’t think one entity can ever solve a social issue as large as the water crisis but we can play a part in it. The market is massive and there is a lot of scope for other people to come in and contribute to it. I do think that this will push the needle. I believe that the work I do will help the water crisis in India and reduce drought, but do I think it will solve the drought problem of the whole country? That will be unrealistic to say.

Do you have any suggestions on how people can take small steps to address the issue of water conservation?

I believe awareness is the first step. People should try to understand the problem as much as they can. There are a lot of non-profit organisations that are doing great work in this field. So, you can donate or become a part of their initiative as a volunteer. When you work with a reputed organisation, you know they have looked into the problem as a whole. One can’t do this on an individual level. Hence, volunteering, donating and researching could be a great start.

How can people become more involved in the topic of water conservation?

My advice to people is that they should make themselves more aware of the issue. The more they understand about it, the more their interest will grow. And it is impossible not to be interested in the climate crisis as it affects every single part of our lives. I have met people who have told me they are not interested in the climate change issue. I don’t understand this because I feel if you look deep enough, you can see that it is a common civic responsibility to solve it. If people are not going to do their part, then who will?