> Short stories > Life Lessons > Winning is not everything

Winning is not everything

On the day of the final race, Sameer was up against one of the best runners of the school 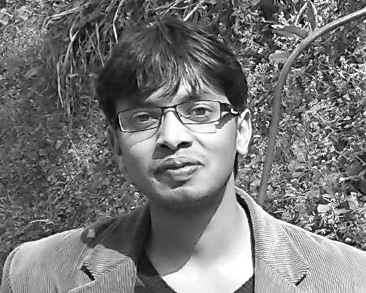 Joy prefers to think of himself as a learner. Learning makes him curious and keeps him motivated. His love for stories introduced him to writing. He believes words have the power to change lives, and hopes to make a small contribution through his words. When he is not working, you will find him either watching a movie or reading a book.

Sameer was one of the best runners of his school. For months, he had been preparing for the annual running race with only one thought—to win at any cost.

On the day of the competition, a large crowd had gathered to witness the sporting spectacle. Among the spectators was an old man who had travelled from far to see Sameer run.

The first leg of the race began. Sameer put all his determination and strength to the test and crossed the finishing line first. The crowd was ecstatic, and so was Sameer.

On the second day of the tournament, two new challengers came forward to compete with Sameer. But just like the previous race, he finished first again. The crowd continued to sing Sameer’s praises and he had become their favourite athlete of the tournament.

On the day of the final race, Sameer was up against one of the best runners of the school. He started well and was on level terms with his competitor. The two ran neck and neck for almost the entire race. Suddenly, his rival lost his balance and fell on the track.

He’d hurt his foot and was shrieking in pain. Sameer—with only winning on his mind—continued running and won the race. But this time, the response from the crowd was dull.

What happened? Why didn’t the crowd join in my success? He looked around and wondered.

Sameer brushed off his thoughts and proceeded to the presentation ceremony. The old man who had come to see him was the chief guest and the former running champion of the school.

After the ceremony, he called Sameer aside and asked, “So how do you think you performed son?”

“Sir, I won the competition. So, I think I did pretty well,” Sameer replied. “But I wonder why the crowd didn’t cheer for me after today’s race.”

“Well son, there are some things in life that are more important than winning,” the old man said.

“You left your fellow athlete writhing in pain. How else did you expect the crowd to react?” he added. “A good sportsman is not one who wins the race but also wins the hearts of his fans and competitors. That’s where you lost.”

It was a moment that hit Sameer hard. He thanked the gentleman and ran towards the dressing room to check on his opponent.

That day, Sameer finally took his first step as a sportsman.

A grateful heart is a happy heart

The stranger on the bus