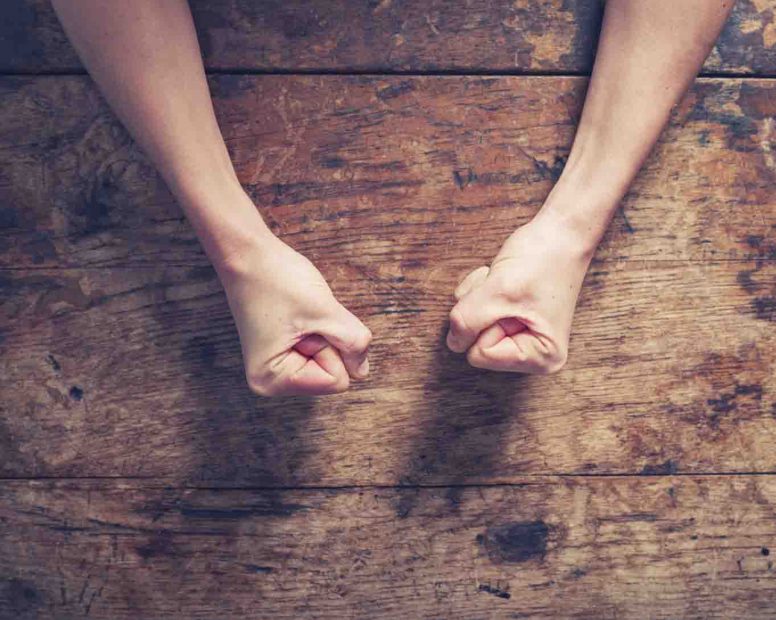 As I was heading home after work last week, I witnessed an incident that left me furious and agitated. I was waiting for a taxi at the traffic junction when a city bus stopped in front of me. I was surprised, but then I saw an old man alighting from the bus. He had barely stepped out when the driver took off leaving the old man terrified. From the corner of my eye, I could see the driver wanted to overtake another bus. My blood boiled at the apathy of the bus driver as I felt sad for the old man. I was angry. But there was little I could do for him. After a long wait for the taxi meandering through the choking city traffic, I finally reached home. The moment I walked into the house, my sister asked me why I was late. I yelled at her on top of my voice, bringing the roof down. Puzzled at my reaction, she seemed to wonder what she had asked to incur such wrath. I realised I was ticked off by an absolutely innocent question. I just couldn’t help it. But why was I so angry? Where did this anger stem from? I contemplated for days and began investigating this red-eyed monster.

Generally, anger is a spike in temper, resultant of a person feeling that their personal space–it could be ideas, choices, physical space, individuality or self-respect–is threatened. Sometimes, it can also stem from a feeling of helplessness and hopelessness.

According to the Oxford dictionary, anger is defined as a strong feeling of annoyance, displeasure or hostility. In psychological terms, anger is an emotion that ranges from irritation to rage. There are many triggers for anger outbursts. While some just touch a nerve, some are deliberate. Every person has unique triggers. While being ignored and standing at the receiving end of bad behaviour and unfairness seem to be the most common, some of us also react aggressively to violation of personal boundaries (which are unique to every individual) or even something like hike in prices. Many of us can’t take defeat in our stride and that triggers an angry reaction as well.

Anger is described as a protective measure to cover fear, hurt or sadness. It is a warning sign that something is not as it should be.

What are the signs?

Of various outward signs, yelling or snapping are found to be the most noticeable. However, as psychologist and hypnotherapist Tishya Mahindru Shahani highlights, overeating, or not eating, indulging in substance abuse (drinking, smoking, drugs) or–in extreme cases–physically harming a person or throwing things are also ways of expressing this emotion. Some people also become passive-aggressive and lock themselves in a room, write, scribble or tear sheets of paper, among other things.

Anger is described as a protective measure to cover fear, hurt or sadness. It is a warning sign that something is not as it should be. There are two aspects of being angry. The first is the feeling itself and the second is the belief in the expression of anger.

Anyone who has dealt with a spike in anger knows that it is perhaps, the hardest to control. However, it can be addressed and controlled. According to Dr Kishor Adhikari, Professor of Psychology at Christ University, Bengaluru, an awareness of this emotion gushing in you is imperative to control the impending outburst or inburst. Keeping it in without addressing it for a long time leads to an acute feeling of helplessness which, in turn, can lead to mental illnesses.

“Increase in anger has physical reactions. For some it’s shaking hands, for others it’s trembling legs and some feel it bubbling in the tummy. These reactions have to be acknowledged. Once you are aware of your anger, the second step is to consciously convince yourself that you do not want to express your anger in that moment,” he explains.

The third step is assertiveness. Which means to inform the source of your anger about your feelings. For example, if it is your boss, make sure you tell him/her in polite terms what was said hurt you. You will find your anger melting away, says Dr Adhikari.

However, in situations like hit-and-run on the road, confronting is not possible but an angry reaction is imminent. In such moments, realising that the emotion coursing through you is anger is the only way to control it.

Psychologists say confronting is the last thing to do when dealing with an angry person. If someone is angry, just hear that person out without being judgemental. Similarly, when a person is in denial about his/her state, do not try to reason out. However, if the person is violent, containing him or her is paramount.

Anger is a very strong emotion. If not dealt with appropriately, it can turn harmful for the person experiencing it as well as for those around. The best thing to do is to acknowledge it, address it and not let the red-eyed monster take your life over.

Most pop­u­lar in Wellbeing

How to unload your emotional...

Many of us are hoarders, not of material possession but memories and emotions. We all carry the baggage of our embarrassing and traumatic experiences...Read More

Why solitude is the perfect...

German poet Johann Wolfgang von Goethe once said, “One can be instructed in society, one is inspired only in solitude.” Walking away from society...Read More

How to stop overthinking...

It has been three weeks into the lockdown and the public stress has never been so high. When will this end? What if I get...Read More