6 tips to manage a panic attack

Trembling feet, sweaty palms, blurry vision, and a pulsating heart rate—I was feeling a sharp pain in my chest. I tried to gain some balance so that I don’t fall on my head. At the same time, I remember asking myself, do 15-year olds get heart attacks?

Although it’s rare, they can. But mine wasn’t a heart attack. It was a panic attack. I had lost all sense of time and direction. I couldn’t walk straight or see clearly. When the attack subsided, I was so nervous about the experience I never spoke of it to another soul.

A couple of years later while watching a documentary, I heard the term panic attack for the first time. It reminded me of my experience and I decided to do some research. I learned several things about it. For instance, you can’t foresee a panic attack. It can hit you like a bullet train anytime, anywhere. They are most common in people above the age of 20, and women are more prone to panic attacks than men.

A panic attack is like an alarm system for your body, which is triggered when your brain senses danger or anxiety. Its intensity can be so sharp, it creates an illusion of heart attack. You feel like you are dying and you can’t do anything but wait until you draw your last breath.

A panic attack can get triggered by your fear of crowded places, fear of flights, or fear of failure among others. But as frightening a panic attack can be, the ‘precautions’ people take in the name of safety can be equally intimidating. For instance, if the trigger is water, many people refuse to go near a lake or oceans. Such steps don’t kill the fear but only suppress it until one day, it rains and all your hidden demons break free.

In this feature, Soulveda shares how to overpower a panic attack when anxiety and fear begin to get the best of you.

If you have experienced a panic attack before, you know that shortness of breath is the most common symptom. During a panic attack, we hyperventilate, which creates a sense of suffocation and heavy panting. Instead of taking short breaths, take long deep breaths. You have to bring your breathing in control. One way to do so is by counting your breath—inhale—hold; exhale—hold. Repeat this until your breathing comes back to its natural rhythm. It not only helps in gaining composure but it brings stability to mind as well.

Even though it’s not the first time you’re experiencing the episode, it still feels different and more real than the previous ones.

Taking control of your racing thoughts is easier said than done in a panic situation, especially when you are all soaked in negative emotions. To regain control over your thoughts, you need to tell yourself it’s not the end of the world, even if it feels like it. Remind yourself it’s just a panic attack, and you will get through it. You are not in actual danger. If you have suffered a panic attack before, try to think about how it started and how it subsided after some time. Just like before, it will vanish this time too—the idea is to challenge your negative thoughts with the positive ones. 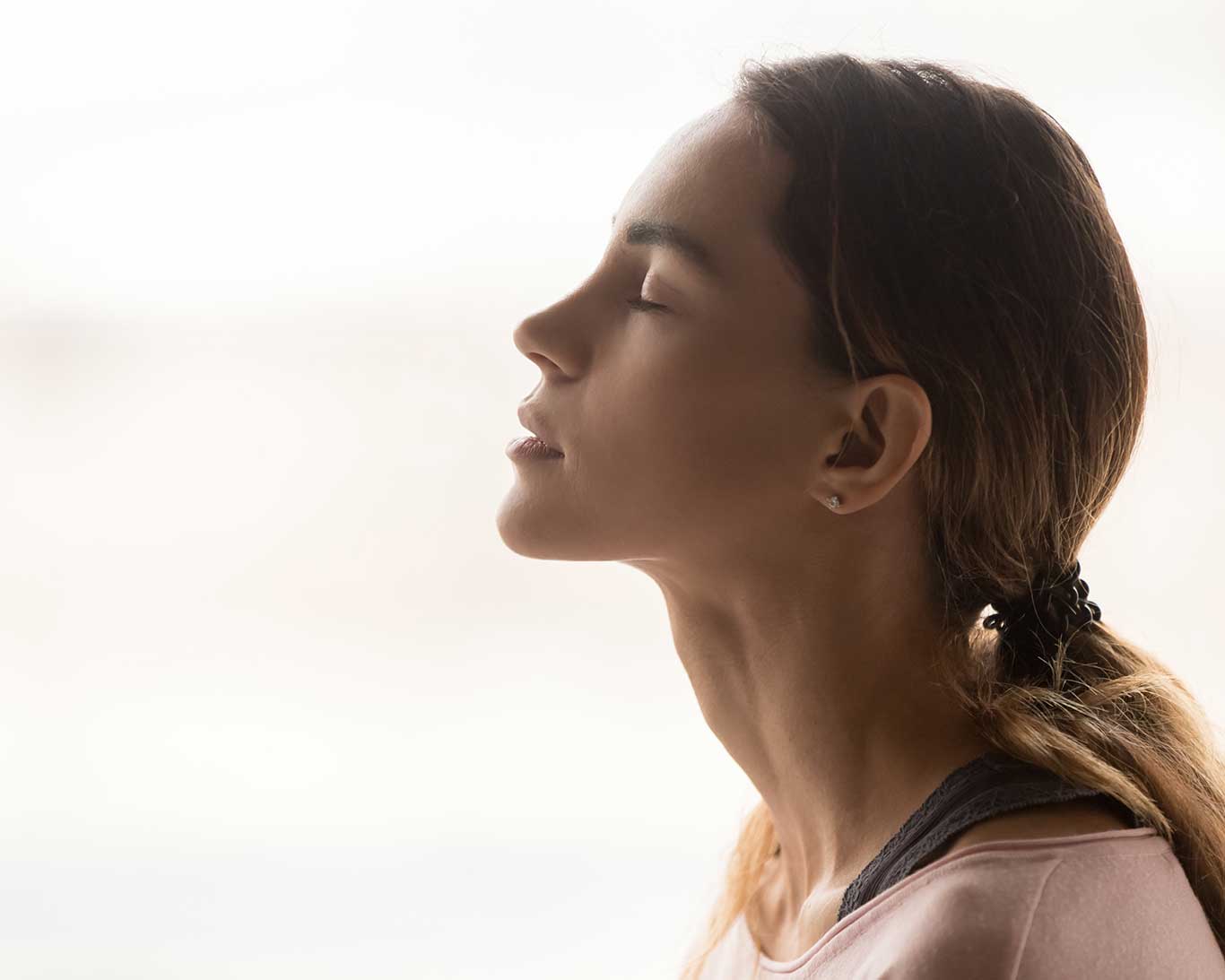 You keep taking deep breaths and let it hit you. Don’t try to run away from it.

Behind every panic attack, there is a stimulus that causes the episode and gives rise to anxiety and fear. It could be bright lights, some words you read, or loud traffic that led to a panic attack. In such situations, you need to get away from the triggers. Either close your eyes to reduce the effects of the attack or find a quiet place away from the stimuli.

It is not easy to think or concentrate when you are having a panic attack. Even though it’s not the first time you’re experiencing the episode, it still feels different and more real than the previous ones. Another thing you can do to curb the panic attack is to switch your focus to something else. If you can’t do it by yourself, ask a friend for help. In case you are alone, try to focus your thoughts on any object nearby. Pay attention to the details of the object, until the panic attack begins to simmer down.

A panic attack is like an opponent challenging you for a boxing match. It’s a strong, intimidating opponent that will keep hitting you, and it won’t stop until the bell rings. Taking the hard punches down the liver, your mind provokes you to defend and hit back. And that’s what you do. But the thing about panic attacks is that the more you try to fight it, the stronger it becomes. So how would you win? Keep taking deep breaths and don’t try to run away from it. Instead, hold your ground. Soon, it will be over and you will emerge as the winner.

While panic attacks are quite common, most of the people experience it once or twice in their lifetimes. However, some may encounter these episodes on a regular basis. This is called a panic disorder, where a person encounters unexpected panic attacks perpetually. It’s like living in constant fear that anything can go wrong even when there is no danger in reality.

If you are someone who frequently gets panic attacks, sometimes more than once in a day, seek professional help before it turns into something worse.

Morning meditation: How to...

The second wave of the Covid-19 pandemic has hit the nation hard, proving even deadlier than the first one. The cases are rising every day...Read More

How to stay calm when others...

Stress is contagious. Simply being around someone who’s stressed and tangled up in their emotions can make it difficult for you to stay calm...Read More

The emotional impact of the...

If you’re feeling anxious, stressed or overwhelmed lately, you are not alone. Millions of people are going through the same emotional turmoil...Read More