Bend your body, heal your mind

There's a reason yoga is so closely associated with spirituality-it not only brings about bodily awareness but also controls the mind. 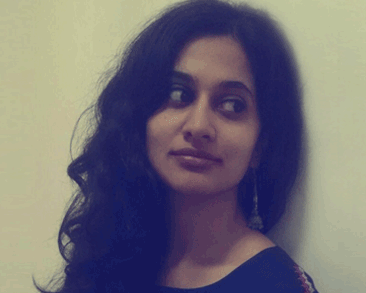 Anusha believes a way with words can make good writers, but a way with thoughts can make excellent ones. It's no wonder she's a writer for a living and a writer for life. She's a Potterhead and GRRM fan—she'll give you the death-stare if you make fun of her for it. She loves all things fiction, and consumes self-help books with just as much enthusiasm. Quiet by Susan Cain is her personal bible. A habitual daydreamer, she often returns to Earth with something interesting to share. She's happy she can finally marry her deep and motivational thoughts to her love of writing at Soulveda.

It’s not just about posing on the mat, stretching out like a cat and burning body fat. Yoga is a holistic pursuit of physical, mental and spiritual evolution. We’re familiar with the physical wellbeing that comes with practising yoga. But most of us are yet to open our minds to the mental wellbeing this ancient practice has to offer. There’s a reason yoga is so closely associated with spirituality–it not only brings about bodily awareness but also controls the mind. In fact, the Bhagavad Gita talks about the concept of yoga in several verses wherein Krishna explains to Arjun that the practice of yoga enables an individual to maintain a healthy body, mind and soul.

The concept of connection between the body and the mind is nothing new. In Sanskrit, the term yogi is used for both a practitioner of yoga and a practitioner of meditation. Meditation, as we know, helps control the mind. The root of the word yogi–yuj–means to unite. By the virtue of its own name, yoga has a deep connection with mental wellbeing, as it unites physicality and psychology. In fact, expert yoga practitioners are highly aware of this connection and often use it for their own betterment. Yogis have discovered that backward-bending postures stimulate the mind and make a person more extroverted, while inward-bending postures induce an introverted and introspective state.

Today, yoga is immensely popular as a physical fitness regimen. But according to Patanjali’s Yoga Sutra, it’s more of a tool for exercising the mind. The ancient text states ‘Yogash chitta vritti nirodhah.’ Translated, it means ‘Yoga is the regulation of various states of mind’. It’s not just the ancient texts that say the practice of yoga is beneficial for mental wellbeing. Recent studies have established the positive results in using yoga as a therapy for mental disorders and illnesses.

In 2005, a study was conducted on patients suffering from bipolar disorder, major depression and schizophrenia at a New Hampshire psychiatric hospital to test the effects of a single yoga class. It was found that the tension, anxiety, depression, anger, hostility and fatigue levels dropped considerably after the class.

In 2013, Bangalore-based National Institute of Mental Health and Neurosciences (NIMHANS) conducted a study to gauge the effectiveness of yoga as a therapeutic tool in treating patients of depression and schizophrenia. The results were positively in favour of yoga as a therapy for patients with mental illnesses.

Yoga does not treat body parts in isolation, but rather as chakras or regions. Perhaps, it’s this overall approach that helps fix imbalances in the body, mind and soul.

It’s promising to know that yoga is an effective therapeutic aid in mental wellbeing. However, there’s not enough clarity on what specific aspect of yoga improves psychological health. Director of NIMHANS, Dr B N Gangadhar, admits, “Clinically speaking, we don’t know for sure whether it’s the movement or awareness or breathing or specific yoga style that fosters the mental wellbeing.”

Yoga practitioners have long maintained that yoga is a holistic practice that helps in physical, mental and spiritual growth. In any case, yoga does not treat body parts in isolation, but rather as chakras or regions. Perhaps, it’s this overall approach that helps fix imbalances in the body, mind and soul. Yoga therapist Shubananda Srinivas certainly thinks so. He says, “The Taittiriya Upanishad looks at an individual as a composition of five sheaths or levels–physical, pranic, mental, intellectual, and spiritual. Yoga makes us aware of these levels and helps fix any inadequacy or excess at every level.” Srinivas also observes that those suffering from mental illnesses tend to have an excess of activity in their mental sheath and low awareness of the physical level. He recommends using yoga to make such patients aware of their physicality and bring them out of their heavy mental loop.

When we suffer from any mental illness, certain hormones in our body go for a toss. That, in turn, is made worse by symptoms like breathing problems, increased heart rate, and restlessness among many others. It’s also why those dealing with depression, anxiety, OCD, bipolar disorder and schizophrenia are given medication. According to yoga practitioner Rajesh Jain, this physiological approach is important even while using yoga as a therapy. He believes pranayama is highly effective for those tackling mental disorders. Rapid respiration during the breathing exercises forces our body to increase the production of serotonin, dopamine and acetylcholine–hormones that are associated with calmness and pleasure. So, pranayama is an effective source of a happy state of mind for the depressed and anxious, he says.

Interestingly, most yoga experts and psychologists wouldn’t recommend meditative yoga to those suffering from mental illnesses and disorders. It would be counterproductive to the treatment, they warn, because introspection would only increase a person’s excessive mental activity. Physical awareness–of the breathing, the stretching, and the coordination–is key, as far as yoga therapy for mental illness goes.

When the going gets tough, the mind gets going on a negative path. It’s here that we need to put a leash on the mind and get the body going. Yoga can be that leash.